No one expected that Spain’s socialist Prime Minister Pedro Sanchez, whose governance has been viewed positively until now, would join the club of those disputing European unification. 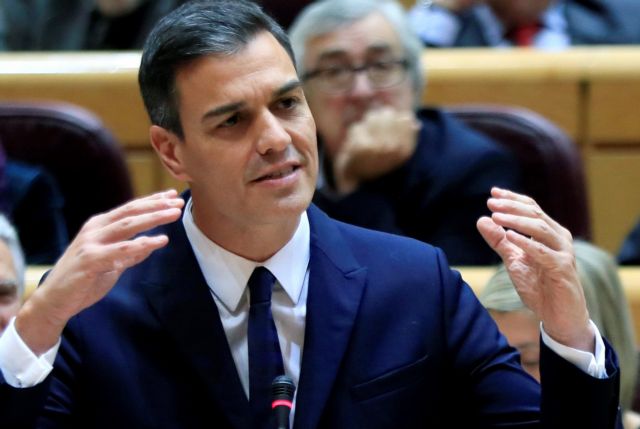 Trust, solidarity, unity, and cooperation are some of the basic principles upon which the European Union, and indeed every family, is founded. When those principles are shaken, the entire construct is imperiled.

If one leaves aside Eastern European countries, which for historical reasons were not part of the great project of European unification from the start, the first group to openly and systematically challenge the spirit of Europe was the Italian nationalists.

They were preceded by the SYRIZA-Independent Greeks government. However, it took just 17 hours in July, 2015, for Prime Minister Alexis Tsipras to do an about-face, annulling the negative result of the referendum on the bailout programme that he had fervently supported and accepting all that was dictated to him.

Matteo Salvini is more stubborn, and of course his country is in a different class in terms of size. Yet, no one expected that Spain’s socialist Prime Minister Pedro Sanchez, whose governance has been viewed positively until now, would join the club of those disputing European unification.

Sanchez is threatening to veto the EU-UK Brexit deal if he is not offered guarantees that the negotiations regarding Gibraltar will continue on a bilateral level, between Madrid and London.

To justify his stance, he invoked the “essence” of his country. If national sensitivities are in principle to be respected, their invocation in order to cancel collective decisions that have been taken is exceptionally dangerous.

As is well known, the road to hell is paved with good intentions.

TANEA Team 23 Νοεμβρίου 2018 | 16:10
Share
Δείτε επίσης
Περισσότερα άρθρα για Αγγλική έκδοση
The European Commission requested information on the use of Predator spyware in Greece ADAE: An electronic archive will record all surveillance, as major rule of law issues arise
Foreign media have even compared the government with Greece’s seven-year military junta Editorial: A necessary cleanup
Citizens have demonstrated they need of state support Editorial: The need for a steady social benefits policy
In the first phase of the pandemic the correct decisions were taken Editorial: Vigilance needed in dealing with Covid-19
Greek side is obliged to be, as it is, in a constant state of readiness Editorial: Composure
In the long term, liberal democracy is “condemned” to win Editorial: A serious mistake
The PM stressed that the tapping was legal Mitsotakis denies prior knowledge of phone tapping of Androulakis, pledges reform, tight oversight of EYP
Resignations are not enough, nor would a cabinet reshuffle or snap election suffice Editorial: Transparency now!
Citizens seek persuasive solutions to the problems of daily life Editorial: Restoring trust in political parties
Last year in Greece there were 17 femicides Editorial: An urgent wake-up call
Stavros Psycharis never allowed himself to become subjugated. He never censored. Editorial: The death of a journalist
Psycharis He began his long career at the Lambrakis Press in 1972 Renowned journalist, publisher, entrepreneur Stavros Psycharis has died age 77
It is inconceivable for the average citizen to be defenceless amidst major economic trials Editorial: A model programme
Greece now has experience and an enhanced plan of deterrence Editorial Ta Nea: Maintaining composure
'I truly feel that the future of humanity is dark' God at Ground Zero: How a Mount Athos monk fit 9/11 into Byzantine iconography