The majority report of a parliamentary committee investigating possible scandals in the state’s procurement of medicines and vaccines has recommended a further judicial probe of the case. 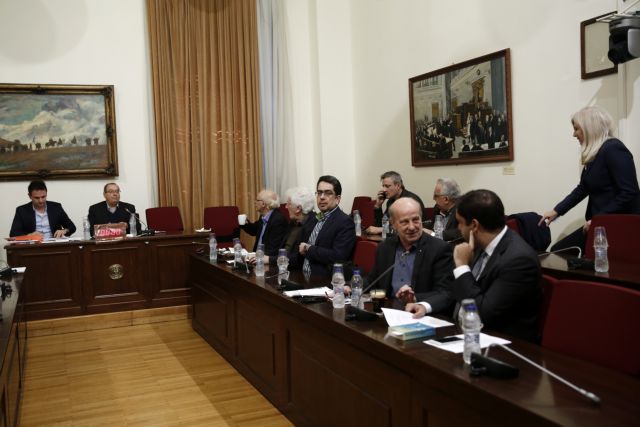 The majority report of a parliamentary committee investigating possible scandals in the state’s procurement of medicines and vaccines has recommended a further judicial probe of the case.

“The referral back to the judiciary, after a preliminary probe by the parliamentary committee, of the Novartis case (which was sent by law to parliament by prosecutors as politicians were possibly implicated) which is justly viewed as the epitome of various scandals involving medicines, certainly impacted on the magnitude of the data at the disposal of our committee,” the report stated.

That does not mean, it continued, “that illegitimate means of approaching the competent authorities to secure privileged treatment of their interests was the exclusive province of this company (Novartis), nor that other companies did not marshal similar methods.”

“The involvement of the judiciary in this colossal scandal creates the preconditions for bringing to light other cases and methods that will fill out the picture…That is how we understand the portion of the report regarding medicines, as a general approach, based on solid, important findings (witness testimony, auditing reports, etc.),” states the report, which will be discussed in the investigative committee on 20 November.

The “dark points” that must be further examined “from every angle” are the following:

1. To investigate the reason or reasons for which specific reports (of the School of Health and Caring Professions SEYP, of the State Accounting Office, of the General Inspector of Public Administration, of CPAs, etc,) which revealed specific unlawful acts and omissions that resulted in damages of great value to the public sector were not relayed from the recipients at the health ministry to the competent judicial authorities, as Article 37 of the Civil Procedure Code mandates.

2. To investigate the case of an exceedingly large order of anti-virus vaccines and the reasons that they were not used.
3. To investigate the veracity of the contention that a specific, high-level employee was the only person in possession of the codes with which the prices of medicine in other European countries are “unlocked”.

4. For what reasons and with what justification was the existing negotiating committee was not put on the case, especially in the 2010-2014 period, when restrictive policies regarding medicines expenditures were imposed.

TANEA Team 19 Νοεμβρίου 2018 | 19:32
Share
Δείτε επίσης
Περισσότερα άρθρα για Αγγλική έκδοση
It is the duty of the government to immediately coordinate with the expert committee Editorial: Clarity
Greece's demographic problem is complex and requires political solutions Editorial: Anachronism
A businessman has the right to bar entry to his or her establishment of unvaccinated people Editorial: Reaching an understanding
Editorial: Privileges
The NATO Summit is bound to be newsworthy as it is Biden’s first Editorial: Lines
The government must ensure that the path toward modernisation will begin. Editorial: Changes
Covid free Kythnos island – 100% of the population vaccinated
Tourism minister in the Netherlands
There are strikes, like the one at the port, held just for the sake of declaring them Editorial: Conceptions
Ideally, we should fashion a new social and economic model for Greece Editorial: Model
The government must urgently undertake necessary initiatives to root out organised crime Editorial: Root out organised crime
COVID-19 vaccines and immunity: We are not among the lucky ones
Our era requires balances, seriousness, planning, and of course to defend one’s red lines Editorial: A coordinated foreign policy
The Turkish Foreign Minister confirms that the big goal is to convene a Mitsotakis – Erdogan meeting Exclusive Interview TO VIMA – Mevlut Cavusoglu: The “keys” for a solution
Fear could lead to slowing down the pace of appointments in the vaccine rollout Editorial: Choices