The Greek corporate scandal that was brought to light by the American Securities and Exchange Commission (SEC) in Piraeus’ Akti Miaouli – Dimitris Melissanidis’ “leap” from Piraeus to the Emirate of Fujairah in the Arabian Peninsula – produced direct charges of embezzlement of $300mn by the Ernst and Young auditing committee. US Ambassador to Athens Geoffrey Pyatt cooperated with the investigation – Meanwhile, Spyros Fokas, the General Counsel and Corporate Secretary of Aegean, who has been removed but faces heavy charges, has stayed on as First Vice-President of OPAP, Greece’s leading gaming company 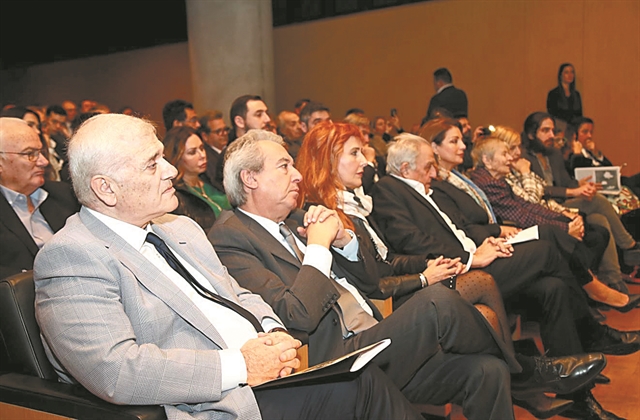 Last Tuesday, 13 November, Dimitris Melissanidis – flanked by State Minister Alekos Flambouraris, and a large range of artists, intellectuals, veteran football players, and journalists – emotionally moved and almost in tears as some present said, hosted a special event at the Acropolis Museum, and unveiled his plans for a museum of Greek refugees, for an “Ark of Hellenism” as former journalist and ex-Pasok minister Yorgos Lianis said, which will be set up near the stadium of his beloved football club.

It was an event to “honour” and “recognise” a controversial figure, who of late has faced the klieg lights of the international media, which have focused on him and placed him at the centre of a major defrauding of shareholders, the immediate cost of which is $300mn, but the overall damages approach $1bn.

Those present at the event seemed happy and indifferent to what creditable newspapers such as the Wall Street Journal and the Financial Times had written just a few days before about the honoured guest.

After all, who cares? The “democracy of shareholders” never bloomed in Greece. Company owners feel that they absolutely and unassailably are the boss, and most often they do not recognise the rights of the minority, or they simply ignore them.

The difference is that in the US, those rights are considered fundamental and inviolable, especially when funds have been drawn from the New York Stock Exchange for investment purposes.

On 8 November, the Wall Street Journal (WSJ) reported that Aegean Marine Petroleum has been rocked by a fraud case revealed by a group of activist investors, who last month managed to be appointed to the Board, and charged it with mismanagement.

Six months later, WSJ reported that the company filed for protection from creditors under Chapter 11 of US Bankruptcy Law, and that the new Board is making very heavy accusations against the former management under Mr. Melissanidis.

The report said that the company was pillaged and the assets that lured investors were bogus. It said that the internal audit conducted by the Board’s auditing firm discovered that over $300mn had been stolen by the company’s founder, Dimitris Melissanidis. It noted that Melissanidis and his attorney refused comment.

On 1 November, a more analytic and detailed FT report was filed by Athens Correspondent Kerin Hope. It stated that a team of special auditors from Ernst and Young, appointed by the managers of some hedge funds who were appointed last May to the Board of Aegean Marine Petroleum Network  (an international purveyor of marine fuel), with the aim of checking specific charges regarding the trustworthiness of transactions.

According to FT, the three hedge funds, one of which is headed by Tyler Barron of San Fransisco-based Sentinel Rock Capital, have a 13 percent equity share in Aegean, one of several Greek shipping companied listed on the New York Stock Exchange. The report said that the company was founded by billionaire tycoon Dimitris Melissanidis, known also by the nickname “tiger”, and famous in Greece as the former owner and current investor in AEK FC. He is treated as one of the biggest purveyors of marine fuel to the international fleet, and one of the first shipping companies listed on the New York Stock Exchange, with a public offering in 2006. 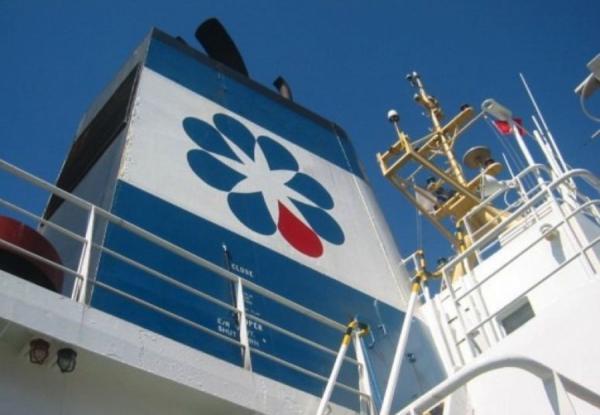 It describes how the company in the preliminary investigation admitted that receivables amounting to around $200mn were financially unfounded, and that when the relevant data was submitted to the Treasury Secretary and the SEC, the share price plummeted, losing 75 percent of its value. Subsequently, the Swiss trading company Mercuria bought one-third of Aegean in exchange for $1bn in credit, allowing it to continue its transactions.

FT, based o documents at its disposal and information from Athens, states that auditors are investigating whether four companies (one based in the UAE, two in the Marshal Islands, and a fourth in Florida), were implicated in acts aiming to falsify commercial transactions and conceal the misappropriation of funds.

Those companies are Abdul Azim Trading, Savina Maritime, South Seas Maritime, and Miami Exports Group, and they are designated as shell companies with a post office box in Fujairah, UAE, without any real commercial activity.

FT’s report notes that it contacted both Mr. Melissanidis and Aegean General Counsel Spyros Fokas to comment on the results of the audit, but both refused comment.

The report says that Melissanidis managed the company for a decade, beginning in 2006 and until he sold his 15 percent stake for $100mn in 2016. He stayed on as an advisor with directorial responsibilities and resigned when US mutual fund managers were placed on the Board of Directors of Aegean.

During the audit, most high-level managers of the company left along with Melissanidis, including the CFO and the person responsible for purveyance and procurement, while the general director and president of the Board were replaced.

The auditors also examined Aegean’s ties to Oil Tank Engineering and Consulting, which is based in the Marshall Islands and in 2010 signed a contract with Aegean to construct a terminal to provide fuel to Fujairah. The project took four years to be completed, and the cost overruns amounted $100mn over budget.

Oil Tank had no prior experience in constructing a fuel station, and the auditors are investigating whether and to what extent Aegean made payments through the company to other businesses in which Mr. Melissanidis had a stake. It should be noted that Fujairah banks have confirmed that payments from Aegean to Oil Tank continued for many years after the completion of the terminal.

The auditors are probing whether these payments were concealed with forged accounting documents. The audits to date indicate that from July, 2015, to January, 2018, Aegean transferred to Oil Tank $185.3mn. The same audits show that in 2016 Oil Tank transferred $2.77mn to AEK FC, which was registered as an interest-free loan to help the construction of a new stadium in Nea Philadelphia.

There was no substantial answer to those press reports from Melissanidis. Those responsible for the great wear and defamation of Greek businesses abroad opted for a guilty silence and for checking their business exposure. There is a common conviction, shared by the committee, that the Ernst and Young audit left no doubt about what had occurred with Aegean.

Approximately $300mn in cash and other assets were embezzled through fraudulent activities. The audit committee report released by the company’s new Board, indicates that the main beneficiary of the embezzlement appears to have been Oil Tank – the well-known company which is based in Fujairah, UAE and was established on 15 March, 2010 in the Marshall Islands.

Two weeks later, on 31 March, the newly founded Oil Tank signed a contract with an Aegean affiliate for the oversight of the Fujairah terminal. The audit committee believes that the contract was used by cunning individuals to misappropriate Aegean capital through overcosted contracts and deceitful pricing. Needless to say, the audit committee has serious reasons to believe that Oil Tank is controlled by a former affiliate of Aegean. Sources say that the US Embassy in Athens and Ambassador Geoffrey Pyatt personally assisted in the work of Ernst and Young auditors. 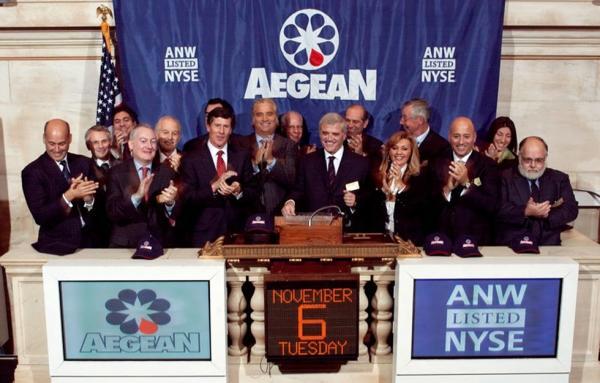 As one can imagine, the whole process of the investigation was carried out under conditions of great tension, with threats, immobilisation, and the use even of state services such as the Personal Data Protection Authority, which refused to cooperate with auditors, and forbade the opening of the corporate email account.

All this was designed to delay and even obstruct the investigation. It is no coincidence that a large number of Aegean employees who are said to be implicated in the huge scandal either resigned or were removed from the company over the last weeks.

One of those removed who stood apart and played a leading role was Spyros Fokas, who had served as a Board member, general counsel and corporate secretary of Aegean Marine, from June, 2005, to March, 2018. He and the remaining members of the Board are at the centre of an SEC investigation and a Justice Department probe. His case is distinct, because at the same time he is the First Vice-President of OPAP, Greece’s largest gaming company.

He is being investigated by US authorities for international fraud and participation in the embezzlement of $300mn, but at the same time he retains a prominent position in a public company listed on the Athens Stock Exchange (ATHEX). The problem is further complicated due to Mr. Melissanidis’ capacity as a shareholder in OPAP, and the pressure that he exerts through that to temper the awful impressions of Greece that a scandal of international proportions has created.

Advertisements as a weapon

Those in the know are aware that armed with OPAP’s advertising programme, the erstwhile strongman of Aegean is attempting to influence the domestic media.

That raises the question of whether the Capital Markets Commission and the Czech management of OPAP (Kamil Ziegler, Damian Cope) intend to act. The former is obliged to immediately evaluate the situation and demand explanations for why a public company accepts in its ranks, indeed at the highest level, an individual who is facing embezzlement charges from the corresponding US oversight authority. 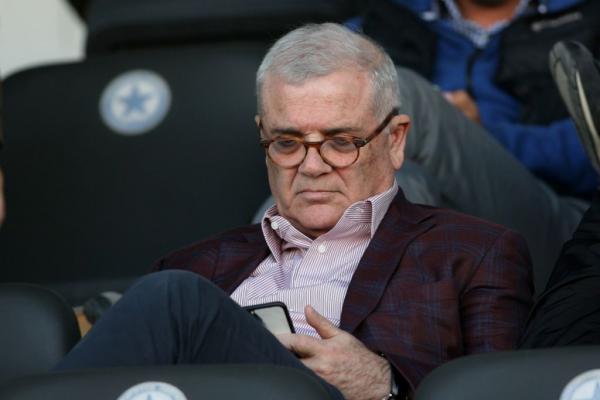 OPAP’s management must take measures and decisions if it truly wants to protect its reputation and investors who have trusted it.

Let no one forget that the country is facing a wave of doubt due to the recent revelations of many toxic corporate scandals. Unfortunately, there is strong suspicion of Greek businesses abroad. That is confirmed by all who do business abroad and look to activity with foreign investors.

It is well known that a reputation, especially a bad one, precedes everything, making it infinitely more difficult for those seeking a place in the global market.

To Vima on Sunday, even at the expense of its own interests, will continue to highlight such issues, which undermine trust in the country.

Such newspapers still exist, despite much talk to the contrary.

TANEA Team 19 Νοεμβρίου 2018 | 10:50
Share
Δείτε επίσης
Περισσότερα άρθρα για Αγγλική έκδοση
This past summer in the US an average of four million people each month resigned Editorial: A different quality of life
We can no longer tolerate violence and lawbreaking Editorial: Toleration of violence at universities must end
A coarse opposition stance is ill-advised Editorial: Seriousness
We have the weapons. We have fine scientists. We have the experience. We can. Editorial: Urgency
There were delays and tragic omissions in offering proper services to patients Positive Voice in a rough terrain: A look back at the history of HIV/AIDS in Greece
Greece has a multi-faceted policy in its foreign relations and that is how it should continue Editorial: Sobriety in foreign relations
We see irresponsible behaviours and an attitude that the virus is no longer with us Editorial: Behaviours
The virus recognises no geographical borders Editorial: Nobody is safe
Delays and foot-dragging have long led even to the denial of justice Editorial: Expediting justice
Erdogan’s insistence on keeping interest rates low led him to fire three central bankers Editorial: Turkey’s lonesomeness
Turkey traditionally exports its domestic crises Editorial: Turkey's domestic, foreign crises
Nobody has the right to deny their share of responsibility in the common effort Editorial: Joining forces to confront the pandemic
Of intubated patients, 83 percent are unvaccinated or partially vaccinated EODY: 105 COVID-19 deaths, 7,287 infections confirmed in the last 24 hours, 608 intubated
We must continue to insist that the state is obliged to be citizen-friendly Editorial: 'Guinness World Record'
Behind Lukashenko stands Putin, who backs and assists him Editorial: European sovereignty