The government’s economic policy was based on two political axes. One was an alignment with the demands of creditors, and the other was over-taxation. 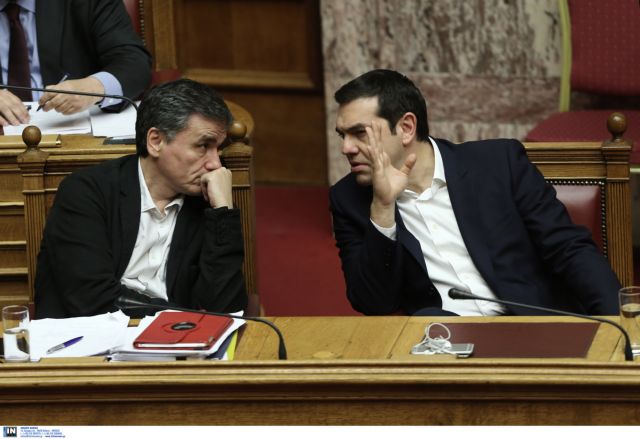 The government’s economic policy was based on two political axes. One was an alignment with the demands of creditors, and the other was over-taxation.

The aim was political: to open the state’s purse at some point and to distribute money to various social categories of citizens that the government believes can support it electorally.

That economic programme, which is a blast from the past, was described by the prime minister in parliament as a “Fourth Memorandum”.

He was so self-satisfied by that turn of phrase that he ironically told the opposition that, “You will vote ‘yes’ on everything.”

Undoubtedly, this country’s citizens have shouldered an extremely weighty burden during the eight-year crisis, four of them with a SYRIZA-Independent Greeks government. Citizens should undoubtedly be supported, but not in a manner that will not undermine their enormous efforts, nor in a way that will blow everything out of the water.

The ever mounting concerns that one is beginning to see in Brussels demonstrate that the government is moving in an ominous direction.

Those in power appear prepared once again to play their last card, as usual without calculating the dangers and cost.

TANEA Team 9 Νοεμβρίου 2018 | 14:03
Share
Περισσότερα άρθρα για Αγγλική έκδοση
A crucial parameter is whether the punishment will be proportional to the heinous crime Editorial: Strict punishment
Editorial: A calculated diplomacy
It is the duty of the government to immediately coordinate with the expert committee Editorial: Clarity
Greece's demographic problem is complex and requires political solutions Editorial: Anachronism
A businessman has the right to bar entry to his or her establishment of unvaccinated people Editorial: Reaching an understanding
Editorial: Privileges
The NATO Summit is bound to be newsworthy as it is Biden’s first Editorial: Lines
The government must ensure that the path toward modernisation will begin. Editorial: Changes
Covid free Kythnos island – 100% of the population vaccinated
Tourism minister in the Netherlands
There are strikes, like the one at the port, held just for the sake of declaring them Editorial: Conceptions
Ideally, we should fashion a new social and economic model for Greece Editorial: Model
The government must urgently undertake necessary initiatives to root out organised crime Editorial: Root out organised crime
COVID-19 vaccines and immunity: We are not among the lucky ones
Our era requires balances, seriousness, planning, and of course to defend one’s red lines Editorial: A coordinated foreign policy