Ζωή & Τέχνες Επιστήμη & Τεχνολογία Υγεία Γυναίκα Παιδί Πρόσωπα & Ιστορίες Συνεντεύξεις Auto Νέα Σκίτσα Info graphics Media Market
tanea.gr > Αγγλική έκδοση > Editorial: Hubris
The murderer has apologised neither to Bakoyannis’ loved ones, nor to those of all the other people that he murdered

The state, which proved unable to protect its citizens, exhibits exceptional generosity towards their unrepentant murderer. 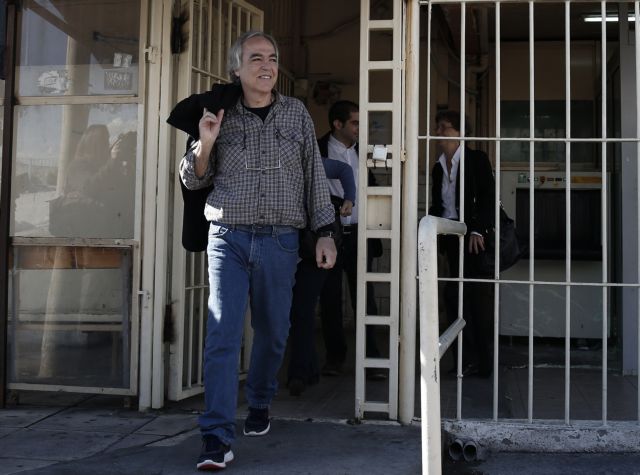 Among the obligations of an organised state is to protect the lives of its citizens. When a citizen falls victim to a murderous crime and loses his life, the state must not only recognise that it has failed in a basic mission, but must also behave properly toward the loved ones of the victim who was unjustly lost.

Unfortunately, as regards one unjustly lost life, that of journalist and then New Democracy MP Pavlos Bakoyannis, the state has committed a dual impropriety, and has exhibited enormous hubris.

The murderer has apologised neither to Bakoyannis’ loved ones, nor to those of all the other people that he murdered.

On the contrary, he appears to be serving the same hatred. Without a shred of remorse, he avails himself of all the provisions of a state that operates under the rule of law, and of the pressures exerted by multifarious supporters so that he may enjoy his freedom through furloughs.

At the same time, the state, which proved unable to protect its citizens, exhibits exceptional generosity towards their unrepentant murderer. Not only does it afford him better living conditions by transferring him to an agricultural prison, but it also offers him furloughs for several days, which he extends by receiving two extra days for transportation back and forth to his home, which is a few hundred kilometres away.

This stance is not only an offence to the family of Pavlos Bakoyannis. It is an offence to all of society, as it appears to reward murderous barbarity over the highest good, which is life.

Επιδότηση έως 85% για... πράσινα σπίτια - Ολο το πρόγραμμα
TANEA Team 29 Οκτωβρίου 2018 | 20:05
Share
Δείτε επίσης
Περισσότερα άρθρα για Αγγλική έκδοση
Olympiacos FC statement
Greece’s success in securing its interests at the EU summit shows the way Editorial: Opportunity
Ever since Syriza lost the July, 2019, elections it has appeared unable to adjust to its new role as main opposition party Editorial: Shoestrings
Why Russia? The answer is quite simple for those in the know  Hagia Sophia, Turkey, Russia and the West
Lights of hope: From Olympiacos Piraeus to the World
To continue to confront the coronavirus successfully one needs a combination of state care and individual responsibility Editorial: Time
Britain’s Ocado sees retail sales soar 27% in lockdown half