An organised state is not judged only by the way it manages a catastrophe. It is also judged by how it handles the aftermath. 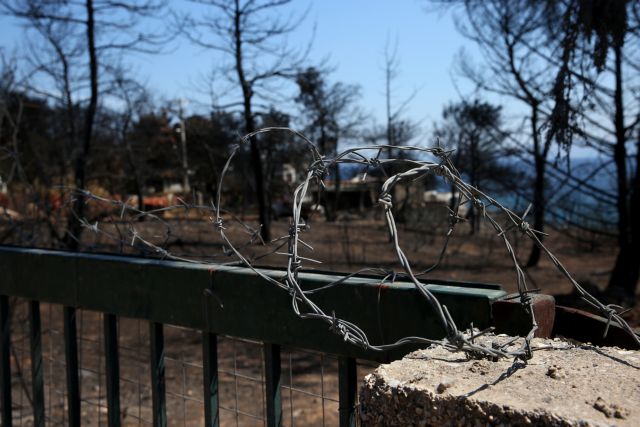 From the very first day after the Mati wildfire tragedy, it was stressed that people who lost their loved ones and property must not be forgotten.

It is not just society, but mainly the state, which had a duty to support in every way and with all means the victims of this incredible disaster – to provide for the fire-stricken and to give them the palpable sense that they are not alone in their mourning and in their efforts to rebuild their lives.

That was noted, rather awkwardly, by the prime minister himself, who spoke of “sorrowful publicity”.
Two months after the tragedy, it appears that oblivion has prevailed over memory.

The government’s commitment to ensure a swift and complete restoration remains a dead letter.

There is no joint ministerial decision for the fast-track issuance of building permits. Residents have no assistance in handling the asbestos health threat. There is no municipal lighting. The promise of a stipend to restore the surrounding area of buildings remains a hollow pledge.

An organised state is not judged only by the way it manages a catastrophe. It is also judged by how it handles the aftermath.

The government had a duty to mobilise the public administration and to do everything in its power to eliminate bureaucratic obstacles and to expedite procedures.
Instead, it appears as if it wants to forget the tragedy and to sweep it under the rug, or rather under the ashes.

Alexis Tsipras Asbestos Threat Bureaucratic Red Tape Disaster Relief Mati Wildfire Disaster 25 Σεπτεμβρίου 2018 | 15:29
Share
Περισσότερα άρθρα για Αγγλική έκδοση
Venezuela’s Maduro, citing Pope, asks congress to consider same-sex marriage
Wall St Week Ahead-More U.S. companies offer earnings guidance despite pandemic
Editorial: The only course
The European Commission yesterday called upon Tatar to begin a dialogue Editorial: New realities in Cyprus
French teachers are declaring that they will continue to “instruct students in difficult subjects”. Editorial: “Je Suis Prof”
Editorial: Endurance test
The government had an extremely broad social consensus in support of its policies Editorial: Reforms
Turkey’s activity in the area of Kastelorizo constitutes a great opportunity for Greece Editorial: Opportunity
It is no coincidence that these elections are described as the most important ever in the occupied territories Editorial: A crucial contest
This is not merely and internal party affair as it raises serious issues about how institutions function Editorial: Grey zones
in a democracy all views can be expressed but they cannot be imposed on others through violence Editorial: The lesson
Appellate Court conviction of Golden Dawn a 'victory for democracy' says Mitsotakis
Editorial: A historic day
Golden Dawn was a criminal organisation says court ruling that convicts leader, six more ex-MPs
The PM said yesterday that, 'Technology is the catalyst for economic growth.' Editorial: Investments