The prime minister yesterday was riled up. Referring to this newspaper, he said that criticism is necessary, but when it exceeds a certain limit it becomes targeted propaganda. 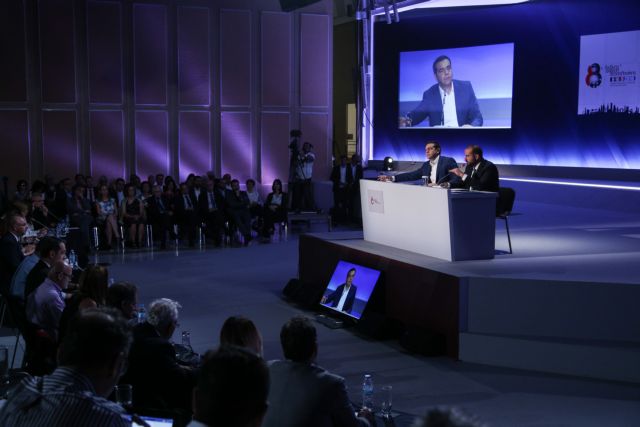 The prime minister yesterday was riled up. Referring to this newspaper, he said that criticism is necessary, but when it exceeds a certain limit it becomes targeted propaganda.

First of all, the fact that the prime minister gave such an answer to a question on the deadly Mati wildfire disaster creates a painful impression. The question posed by Ta Nea’s reporter was whether the PM himself knew that people had died in Mati when he made televised statements at the Fire Service’s coordinating centre on the night of the tragedy.

In democracies, such a question does not constitute criticism of power, but rather a fundamental journalistic duty.
Beyond that, can the prime minister explain what the limits are? When, in his view, does criticism become targeted propaganda? Are the media that support him and his government avidly among the sinful who engage in targeted propaganda?

Whatever his view may be, does he believe that his opinion is carved in stone and must be imposed as a general rule, the compliance with which should be judged by some committee?

There was an indirect answer to this question at yesterday’s televised news conference, where media which are not to the government’s liking were either allowed to pose a question towards the end, or not at all.

That choice bears witness to a certain perception of freedom of the press.

Our newspaper chooses to check power and criticise the prime minister’s choices, the policies of the government and the individuals who comprise it, and of course the entire political spectrum.

This is the choice of fulfiling the self-evident duty of the press.

Alexis Tsipras Checks on Government Freedom of the Press Mati Wildfire Press Conference 10 Σεπτεμβρίου 2018 | 18:25
Share
Περισσότερα άρθρα για Αγγλική έκδοση
Malicious Manzano: A «massacre» for Olympiacos in Velodrome
There is, a pressing need for the state to meet the disaster relief standards that the PM has set Editorial: Accountability
High anxiety in government over potential COVID-19 super spreader event in Patras
Today Greece has the opportunity to draft its own economic roadmap for the future Editorial: Challenge
Marinakis: «The result was clearly distorted – Dräger was fouled before the goal»
It is behind closed doors that the harshest stories of violence against women are hidden Editorial: Silence means sharing the guilt
Fourteen ICU beds, donated by Evangelos Marinakis, Angeliki Frangou and ION S.A. ready for use
SYRIZA in fact was not so eager to create a common front with the left Editorial: Political flirt
It is not too much to ask our political parties to adapt to the new realities Editorial: Time to build consensus
Any back-pedaling on the public health restrictions that have been imposed would be catastrophic Editorial: No to complacency!
Politicians can visit the historic Athens Polytechnic campus to leave a flower, as the PM suggested, or to lay a wreath as the main opposition leader proposed. Editorial: The cost
Perhaps the government could have handled the matter earlier and differently Editorial: Lives must be saved
We must deprive Turkey of its strongest weapon – the element of surprise Editorial: Equation
It is by now clear that Tsipras and Polakis are one and the same politically Editorial: Political cover
The only way to deter a disaster from the second wave of the virus is to get a vaccine and religiously comply with restrictive measures Editorial: Deterrence