The ENFIA real estate tax was institutionalised in order to serve the objective of the government – skinning the taxpayer in order to pledge handouts before the general election. 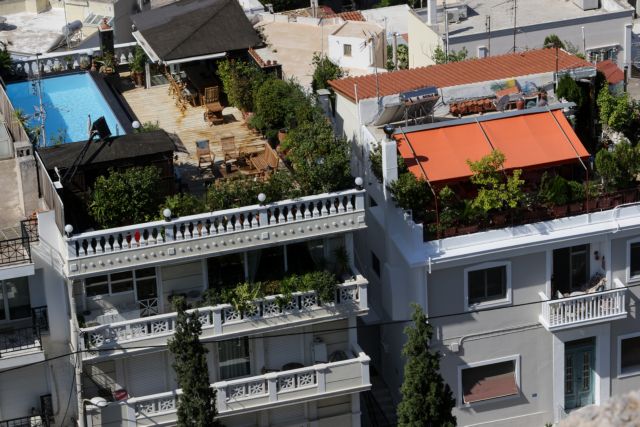 The ENFIA real estate tax bills have been sent out. Taxpayers are called upon once again to dig deep into their pockets to pay a tax which the current prime minister, before he was elected, had said was “irrational”, and as such “it cannot be corrected, but rather must be abolished”.

Alexis Tsipras made this pledge just four months before he came to power.

Meanwhile, taxpayers did not only see that the tax was not eliminated, but rather that it was increased.

This irrational tax became even harder to shoulder for one million taxpayers. It was institutionalised in order to serve the objective of the government – skinning the taxpayer in order to pledge handouts before the general election.

That logic, however, is irrational, as the prime minister would say. It is irrational because the tax foray has only one result: the obliteration of the middle class.

The middle class expanded in Greece in the post-junta area (since 1974), with the inclusion of the lower economic brackets that progressed with their toil and work.

The government appears to harbor disdain for that toil and work.

It insists on the divisive practice of separating voters into two categories – those who are a potential clientele whose votes it can grab, and those whom it does not view as “its own people”, and treats with hostility.

This irrational tax serves aims that can only be characterised as political absurdity.

TANEA Team 30 Αυγούστου 2018 | 14:23
Share
Δείτε επίσης
Περισσότερα άρθρα για Αγγλική έκδοση
Ankara is laying the groundwork for a feverish and tense summer Editorial: Responding to the challenge of Turkish provocations
The new cadres are fresh faces without much experience in politics Editorial: A new generation at the helm in PASOK
The state also has a role to play and it must act quickly Editorial: Dealing with judicial delays
The US-Greece relationship is based on mutual respect Editorial: American vote of confidence in Greece
Turkey and Greece are moving in opposite directions Editorial: Turkey's dangerous games
The Ukrainians are fighting on home turf and have very high morale Dinner with Zelensky: the character of a Ukrainian hero
The PM is also mulling a substantial cabinet reshuffle Mitsotakis no longer rules out early elections, possible autumn dates floated
Editorial: A scourge at our schools
When time is of the essence, the government has a duty to act Editorial: It is high time for reforms
Mitsotakis underlined Greece’s crucial geostrategic position PM Kyriakos Mitsotakis’ historic speech to Joint Session of US Congress (full text)
A party without self-criticism and renewal cannot move forward Editorial: Political parties transforming
Greece’s role as an energy hub must be emphasised Editorial: Opportunities
Mitsotakis-Biden talks: Greek-Turkish relations, the war in Ukraine, wayward Turkey’s new role in NATO
It is not in Greece’s interest for Turkey to be isolated or humiliated Editorial: Opportunity
The Marshall Plan prioritised rebuilding export capacity How should a Marshall Plan for Ukraine work?