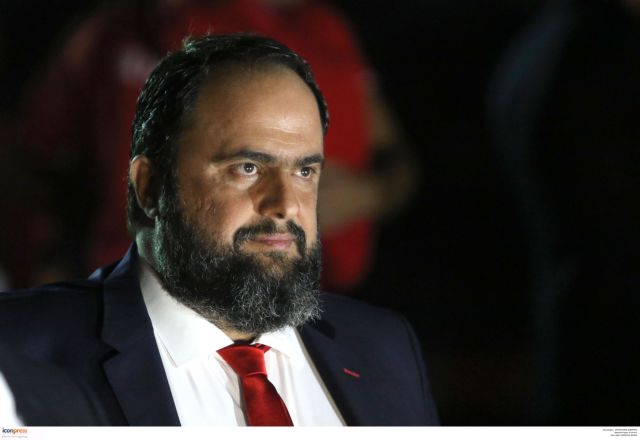 Olympiacos FC is always ready to help our fellow human beings who are in need, and it has done so countless times, on orders from its leader, Vangelis Marinakis.

So, too, now, when the country has been hit by tragedy, Olympiacos FC is showing its social face, with the Red and White team noting in an announcement that one million euros will be disbursed, to support our fellow human beings who are in need.

The strong man of the team of Piraeus, Vangelis Marinakis, gave orders that one million euros be given to the victims that have been harmed by the wildfires.

The complete statement issued by Olympiacos FC is as follows:

«Olympiacos FC is participating in Greece’s great mourning for our fellow human beings who met with such a bitter end.

Olympiacos FC will immediately offer one million euros for the relief of the fire-stricken. At the same time, the necessary procedures will be followed to open bank accounts for relief aid at three banks (Piraeus Bank, National Bank of Greece, and Alpha Bank), so that supporters of Olympiacos FC and whoever else wants to, can contribute according to their abilities.

In these difficult hours, all Greeks must be united and stand beside our fellow human beings who have been confronted with trials».

TANEA Team 24 Ιουλίου 2018 | 20:38
Share
Περισσότερα άρθρα για Αγγλική έκδοση
The further deepening of Greece-France relations is exceptionally positive Editorial: Mutual assistance, European defence
Mitsotakis, Macron announce mutual defence pact, Greece's procurement of French frigates
Greece-France sign mutual defence pact, major arms procurement deal
The pain and agony of the families cannot be softened, but the state can make amends Editorial: Everything must come to light
Earthquake in Crete – Tents are set up for 2,500 people who were left homeless – The area is in a state of emergency
Editorial: Turning a page
'This is no longer about climate change. This is about addressing a climate crisis.' Mitsotakis focuses on pandemic, climate crisis, and Greek-Turkish relations in UN speech
The head of SYRIZA’s Citizen’s Protection policy section simply followed his party’s mannerism Editorial: Mannerism
The cottage industry of lawsuits against educators constitutes a disruption of social peace Editorial: Decisiveness
For the Ecumenical Patriarchate, which has spiritual authority over the Church in America, Elpidophoros, 54, is the best and the brightest that it has to offer. Tempest in a teapot: The attacks on Archbishop Elpidophoros and foreign policy stunts
US President Joe Biden has chosen a particular mixture of policies Editorial: Doctrines
Approximately 160,000 people in Greece today are afflicted with Alzheimer’s disease Editorial: Reminder
Unrepentant, Tsipras unleashed charges against the government and announced handouts Editorial: A return to the past
The country is in great need of stability., not electoral surprises Editorial: Normalcy
The EU’s adjustment of financial rules has facilitated the situation Editorial: Lessons