Stournaras said such a credit line will benefit the economy by helping to lower the cost of borrowing. It will offer Greece security in funding its borrowing needs after the bailout ends in August, especially if the climate in international markets worsens. 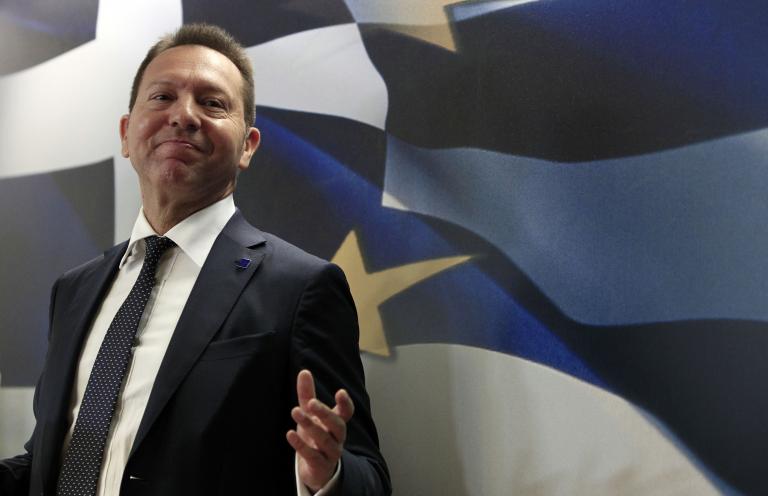 The Governor of the Bank of Greece, Yannis Stournaras, has reiterated his support for a precautionary EU credit line after Greece finishes up its current bailout memorandum in August.

While observing that the economy is on a recovery path, Stournaras said that Greece has a way to go before securing permanent funding from the markets, after the end of the current programme.

Speaking at an event organised by the Greek-Spanish Chamber on “The Future of the Greek Economy”, Stournaras said the post-bailout supervision regαime, which will be in place until Athens pays off 75 percent of the funds it borrowed from the lending institutions, must clarified.

Similarly, clarification is needed regarding what the terms and conditions will be for a precautionary credit line.

Stournaras said such a credit line will benefit the economy by helping to lower the cost of borrowing. It will offer Greece security in funding its borrowing needs after the bailout ends in August, especially if the climate in international markets worsens.

At the same time, it will allow the European Central Bank (ECB) to continue accepting, as an exception, Greek bonds as collateral for liquidity offered to Greek banks, until they once again regain a credit-worthy rating from the rating agencies.

The ECB programme is crucial for the smooth funding of Greek banks as long as Greece remains in the category below investment grade, according to the Bank of Greece.

Still, Stournaras believes that continuing reforms and fiscal adjustment have produced results, that competitiveness is improving, and that the banks are adequately capitalised.

TANEA Team 12 Φεβρουαρίου 2018 | 18:34
Share
Περισσότερα άρθρα για Αγγλική έκδοση
Editorial: Comparison
Over the last days the image of our country has not been attractive Editorial: A different image of Greece
There will be more weather crises in the future Editorial: Deficiencies
This young woman heard the message of other women that preceded her Editorial: Catharsis
Balances with the Russian side are very delicate and must be maintained Editorial: Composure
'Greece is a significant and wise actor in this part of Europe' Kosovo FM Donika Gervalla–Schwarz: ‘We are not begging for recognition from Greece’
People want answers, persuasive plans, and arguments Editorial: Maturation
The pandemic and citizens’ fears regarding inflation have shocked households Metron Analysis poll: SYRIZA trails New Democracy, KINAL-PASOK skyrockets
It is imperative for the weapons programme to be implemented immediately Editorial: Arrivals
The charges of the victim garnered attention nationwide Editorial: Support
Greece is a peaceful Western country Editorial: Vigilance
Both SYRIZA and PASOK are in a transitional phase Editorial: Changes
Tsipras posts on the social media and frequently as possible Editorial: Obligations
Universities have become a sort of state within the state Editorial: Enough is enough!
Nobody for whatever reason has the right to beat a professor Editorial: Zero tolerance