'It is an important development in the direction of addressing the issue of irredentism, and we hope that it signals the beginning of a new chapter in the relations between our two countries and peoples,' a statement from the Greek foreign ministry said. 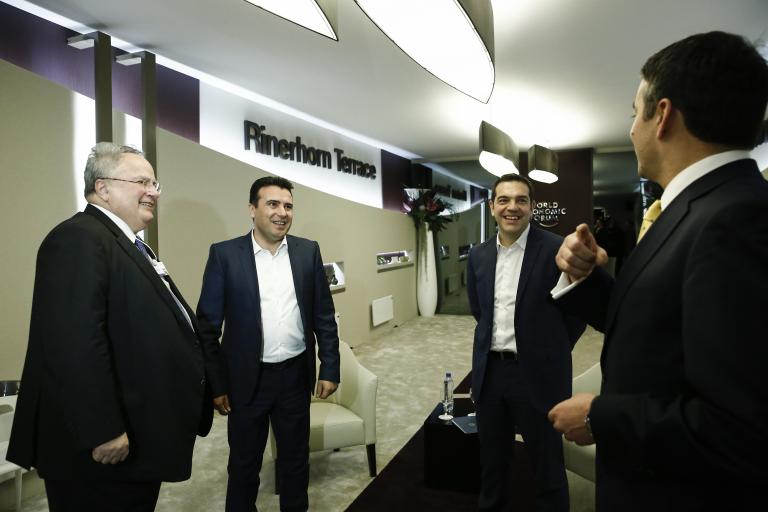 Zoran Zaev, the prime minister of the Former Yugoslav Republic of Macedonia, officially announced the name change of Skopje’s “Alexander the Great ” airport to Skopje International Airport and of the “Alexander of Macedon” highway to “Boulevard of Friendship” as promised after his meeting with Prime Minister Alexis Tsipras at Davos.

At the same time, Zaev announced he will accept a composite name with a geographic marker for FYROM.

“We salute today’s decision by the government of the Former Yugoslav Republic of Macedonia to rename the Skopje airport as “Skopje International Airport”, and to rename the highway that links Skopje with the Greek border to “Friendship Highway,” the Greek foreign ministry said in a statement.

“Today’s decision is a positive step towards reversing all that occurred in the last decade, which burdened the relations between the two countries. It is an important development in the direction of addressing the issue of irredentism, and we hope that it signals the beginning of a new chapter in the relations between our two countries and peoples,” the statement concluded.

TANEA Team 7 Φεβρουαρίου 2018 | 00:45
Share
Περισσότερα άρθρα για Αγγλική έκδοση
Editorial: Comparison
Over the last days the image of our country has not been attractive Editorial: A different image of Greece
There will be more weather crises in the future Editorial: Deficiencies
This young woman heard the message of other women that preceded her Editorial: Catharsis
Balances with the Russian side are very delicate and must be maintained Editorial: Composure
'Greece is a significant and wise actor in this part of Europe' Kosovo FM Donika Gervalla–Schwarz: ‘We are not begging for recognition from Greece’
People want answers, persuasive plans, and arguments Editorial: Maturation
The pandemic and citizens’ fears regarding inflation have shocked households Metron Analysis poll: SYRIZA trails New Democracy, KINAL-PASOK skyrockets
It is imperative for the weapons programme to be implemented immediately Editorial: Arrivals
The charges of the victim garnered attention nationwide Editorial: Support
Greece is a peaceful Western country Editorial: Vigilance
Both SYRIZA and PASOK are in a transitional phase Editorial: Changes
Tsipras posts on the social media and frequently as possible Editorial: Obligations
Universities have become a sort of state within the state Editorial: Enough is enough!
Nobody for whatever reason has the right to beat a professor Editorial: Zero tolerance