A positive record: Greeks stopping smoking at the fastest rate in Europe

After years of record high rates of smokers in Greece, that rate is going down much more rapidly than in other European countries. 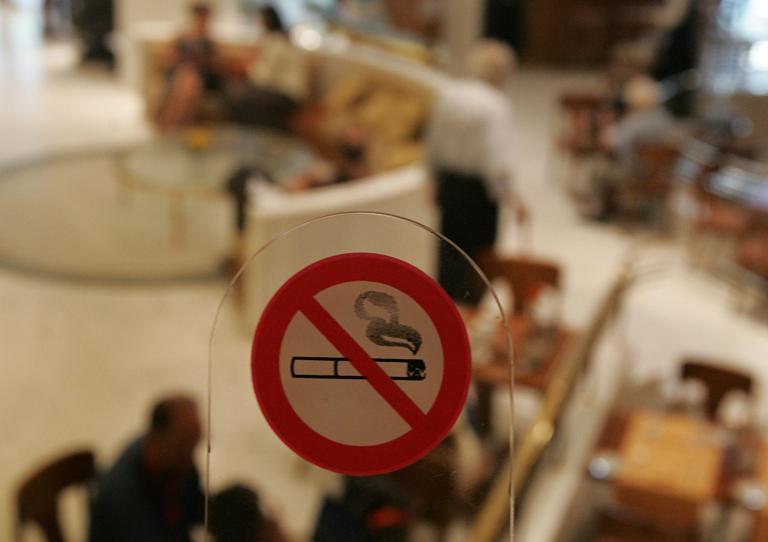 After years of record high rates of smokers in Greece, that rate is going down much more rapidly than in other European countries.

A study carried out by the Institute of Public Health of the American College of Greece showed that 27.1 percent of the population are smokers today, compared to the 36.7 percent that was recorded in 2012 in a survey conducted by Greece’s Kappa Research polling company. I

In similar past surveys, conducted by the Hellenic Statistical Authority (ELSTAT), the percentage of Greeks who smoked was 37.9 percent in 2009, and 32.5 percent in 2014, demonstrating a steady decline over the last eight years.

At the same time, there has been a 49 percent decline in the annual consumption of cigarettes in Greece, between 2007-2016.

For a country that has traditionally had an exceptionally high rate of smokers, it may come as a surprise that 80 percent of Greeks say that reducing the smoking rate should be a national goal. Yet they express disappointment at the notoriously lax enforcement of the smoking ban in public venues.

Nearly 84 percent of respondents said that smoke and ashtrays in public spaces constitutes “cultural degradation”, while 76.1 percent expressed anger that Greece is the only country in the EU where this occurs.

The pioneering Mayor of Trikala

The mayor of Trikala, in Thessaly prefecture, Dimitris Papastergiou is a bright exception to the rule, as he has proceeded with strict enforcement of the smoking ban.

“We were the first and only ones to launch a campaign to inform people of the enforcement of the anti-smoking law. We will not back down, because we have seen the positive results already,” Papastergiou said.

“All this demonstrates that the initiative of the Mayor of Trikala to enforce the smoking ban is a necessity in 21st century Greece, and we call upon other Greek politicians to follow the example of Trikala,” said Panagiotis Behrakis, one of Greece’s foremost lung specialists, who founded and directs the Institute of Public Health of the American College of Greece.

TANEA Team 12 Ιανουαρίου 2018 | 17:06
Share
Περισσότερα άρθρα για Αγγλική έκδοση
MANFRED WEBER We need actions more than words from Turkey
Efforts are needed to improve all levels of the educational system Editorial: Reforming the educational system
Mr. Biden is called upon to achieve a total comeback of America Editorial: Pursuing a US comeback
The president spoke forcefully about the 6 January Capitol siege National unity the focus inaugural address as Biden is sworn in as 46th president of deeply divided country
At the core of the Greek #MeToo movement lies a problem that affects both women and men - the abuse of power. Editorial: To the very end
Λογαριασμός τίτλου
There are about six months to go until summer, by which time herd immunity is expected to be achieved Editorial: Pursuing an EU-wide travel certificate
Editorial: Pursuing an EU-wide travel certificate
Small steps are usually the greatest ones. Combined, they lay the groundwork for a new era Editorial: Tax reform
The talks began in 2002, when Pasok's Costas Simitis was PM and George Papandreou was foreign minister Greek-Turkish exploratory talks to resume on 25 January amidst international pressures
The return to normalcy is the greatest challenge confronting the incoming president Editorial: Normalcy
The framework for protests aims to deepen law enforcement while limiting deviant acting out Editorial: Strategy
Editorial: Restart
Editorial: Details
Editorial: The need for stability