A party’s actions are what will truly demonstrate that it comprehends that political toxicity constitutes a danger for the country, because citizens judge actions. 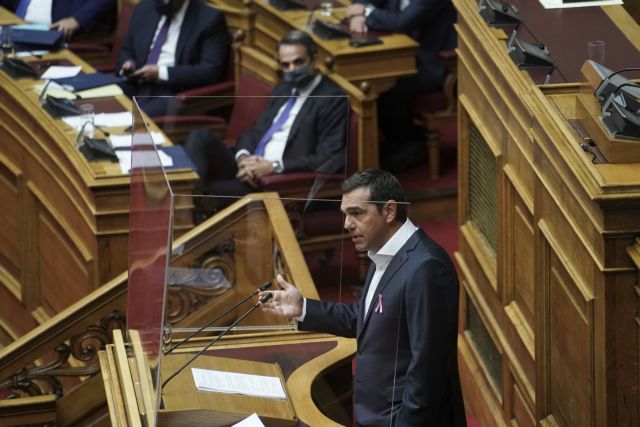 The government believes that the main opposition party will attempt to create a toxic political environment in the run-up to the next general elections.

For its part, the opposition maintains that the government wants to polarise the political climate in order to revive the anti-SYRIZA front.

Political parties, of course, condemn the escalation of political tensions and each claims that it has presented a political platform with specific proposals for handling major crises that bedevil citizens in their daily lives.

Since last week, we have witnessed am intense political ping-pong that by all appearances will be a daily affair until the elections.

That includes the war of words that has broken out regarding who is responsible for the political toxicity which, although it may fleetingly serve partisan interests, harms the country.

Unfortunately, not many years have passed since extreme polarisation dominated Greek political life, and none of us has forgotten the harm that it caused, degrading the entire political system in the eyes of many voters.

That is why political parties, when they maintain that their morals and demeanour are better than those the others, must demonstrate that this is not merely hollow rhetoric.

A party’s actions are what will truly demonstrate that it comprehends that political toxicity constitutes a danger for the country, because it is actions in the final analysis that citizens watch and evaluate.

TANEA Team 18 Ιουλίου 2022 | 22:24
Share
Δείτε επίσης
Περισσότερα άρθρα για Αγγλική έκδοση
Resignations are not enough, nor would a cabinet reshuffle or snap election suffice Editorial: Transparency now!
Citizens seek persuasive solutions to the problems of daily life Editorial: Restoring trust in political parties
Last year in Greece there were 17 femicides Editorial: An urgent wake-up call
Stavros Psycharis never allowed himself to become subjugated. He never censored. Editorial: The death of a journalist
Psycharis He began his long career at the Lambrakis Press in 1972 Renowned journalist, publisher, entrepreneur Stavros Psycharis has died age 77
It is inconceivable for the average citizen to be defenceless amidst major economic trials Editorial: A model programme
Greece now has experience and an enhanced plan of deterrence Editorial Ta Nea: Maintaining composure
'I truly feel that the future of humanity is dark' God at Ground Zero: How a Mount Athos monk fit 9/11 into Byzantine iconography
Hatzidimitriou shattered the stereotype that women are not good at maths Editorial: Worthy role Models
A great reform was necessary but seemed unfeasible0 Editorial: Modernisation of the state
Editorial: The need for an in-depth investigation
Justice delayed is justice denied Editorial: Swift justice
A revival of populism is exploiting the natural anxieties of citizens Editorial: President Katerina Sakellaropoulou's message
Editorial: Mandatory reforestation after the wildfires
The EU is already facing adverse conditions due to the war in Ukraine Editorial: The major crisis the EU faces and the great leap forward