Op-ed: Greek-Turkish relations: What is the best solution in the final analysis?

Politicians in Greece and Turkey know what the content of a compromise will be, and they are certain that it will not go over well with public opinion in their countries. 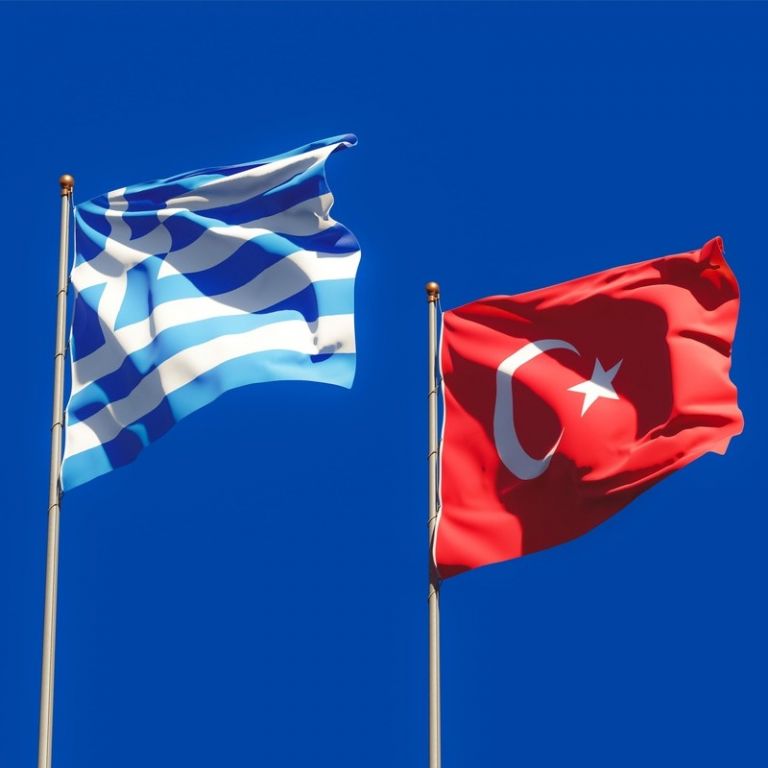 The relationship between Greece and Turkey is a difficult one. It is not the only such, but in any event geography does not change.

If one follows the media over time on both sides of the Aegean one will get the impression that we are speaking of two peoples that view each other with fanaticism.

Especially of late, with the rhetoric of the Turkish government having become extremely bellicose, the country’s opposition not only maintains that climate, but even accuses Turkish President Recep Tayyip Erdogan of “concessions”, and the country’s mass media seeks angles that can light a fateful fire.

Similarly, in Athens, words often lose their meaning. Readers have become accustomed to the phrases “extreme provocations” and “even more extreme rhetoric”.

This monopolises the agenda and it comes across that Turkey totally dominates Greek foreign policy, although that is not the case.

Newspapers report on Turkey almost every day. It is noteworthy that it is frequently the lead story on front pages and that it consumes a large portion of the limited time of television newscasts, even if we agree that it is Ankara that steadily provokes and fuels tensions with Greece, with greater consistency and continuity.

With such a backdrop, words such as “solutions”, “dialogue”, “cooperation”, and “consensus” seem like a distant and difficult prospect.

In such an environment, public opinion becomes imbued with a “war-like climate” and acclimated to high-pitch rhetoric and an unwillingness to budge.

All that makes it even more difficult to speak the truth.

Harsh words that lead to even tougher solutions

Backing off on any position is interpreted as an “unforgivable concession”, and any solution risks being characterised as “treason”.

Yet, the fact remains that every solution involves a compromise, with a mutual backing off and even concessions.

It requires that the parties seeking an agreement are prepared to take a step back in order to achieve it.

Who can politically endure the International Court of Justice?

In the case of Greece and Turkey, many believe that a solution can be achieved only through negotiations that will lead the two countries to submit their differences (upon which they must agree with a formal, written agreement called a compromis) to the International Court of Justice (ICJ), because that is the only way the decision must be respected by all and no one will have the right to speak of treason.

From the moment that the compromis is signed by Greece and Turkey, the two countries will have committed themselves.

“The Greeks and Turks are very much alike, and that is why it is very difficult for us to reach an agreement,” a friend told me, and she is right.

That is because in Greece, just as in Turkey, we have for years been taught and trained to believe that we possess absolute truth and are absolutely in the right.

What are the limits of concessions?

We have not yet comprehended that articulating positions that we view as given is perhaps a bargaining chip for the country.

When you sit at a negotiating table to present your claims, you do not go with everything that you know it is just for you to win, but rather you begin with a more demanding position so that you have room to back off – not surrender unconditionally - on certain issues.

Even so, a compromise is never easy, even when it does not involve the very sensitive word Turkey.

In Greece – as in Turkey – we are not trained in the art of compromise, especially as regards national issues.

What prime minister would sign an agreement that would limit the geographic area in which Greece can potentially exercise sovereign rights?

Compromise with Turkey, not for protection against Turkey

If one were to take as an example the compromises achieved for the delimitation of the Greece-Egypt and Greece-Italy Exclusive Economic Zones (maritime jurisdictions), as well as the Greece-Albania agreement to refer the same issue to the ICJ, that would be an erroneous equation, because Turkey is a variable that changes every equation.

The aforementioned compromises that led to agreements were presented to public opinion as necessary, due to an environment fraught with the danger of a military clash with Turkey.

The agreements were passed as a “shield” against Turkish provocations, which they were, because they demonstrated that Greece is in a position and has the will to reach compromises, and that it is not afraid to make concessions, in the framework of international law and its national interests.

What everyone knows and prefers not to touch

Greek politicians from all parties are well aware that in order to reach an agreement with Turkey the two countries must submit their differences to the ICJ and accept whatever compromise the court’s ruling entails.

They are well aware of the mutual concessions that a compromise will impose.

Ankara is equally aware of that, and that is why it does not accept such a solution.

Politicians in both Greece and Turkey know very well what the content of a compromise will be, and they are absolutely certain that it will not go over well with public opinion in their countries.

That is because for decades they have trained their peoples to think differently.

Thus, they keep what they know must be done to resolve Greek-Turkish differences tucked away in their drawers, and in addressing the public - in Ankara and in Athens - politicians tell people what they have been “trained” to hear.

That is because no politician can endure being called a traitor.

TANEA Team 16 Ιουλίου 2022 | 18:30
Share
Δείτε επίσης
Περισσότερα άρθρα για Αγγλική έκδοση
Resignations are not enough, nor would a cabinet reshuffle or snap election suffice Editorial: Transparency now!
Citizens seek persuasive solutions to the problems of daily life Editorial: Restoring trust in political parties
Last year in Greece there were 17 femicides Editorial: An urgent wake-up call
Stavros Psycharis never allowed himself to become subjugated. He never censored. Editorial: The death of a journalist
Psycharis He began his long career at the Lambrakis Press in 1972 Renowned journalist, publisher, entrepreneur Stavros Psycharis has died age 77
It is inconceivable for the average citizen to be defenceless amidst major economic trials Editorial: A model programme
Greece now has experience and an enhanced plan of deterrence Editorial Ta Nea: Maintaining composure
'I truly feel that the future of humanity is dark' God at Ground Zero: How a Mount Athos monk fit 9/11 into Byzantine iconography
Hatzidimitriou shattered the stereotype that women are not good at maths Editorial: Worthy role Models
A great reform was necessary but seemed unfeasible0 Editorial: Modernisation of the state
Editorial: The need for an in-depth investigation
Justice delayed is justice denied Editorial: Swift justice
A revival of populism is exploiting the natural anxieties of citizens Editorial: President Katerina Sakellaropoulou's message
Editorial: Mandatory reforestation after the wildfires
The EU is already facing adverse conditions due to the war in Ukraine Editorial: The major crisis the EU faces and the great leap forward