Party conventions should be an opportunity for a political restart and for changes that update political platforms that will be presented to the electorate. 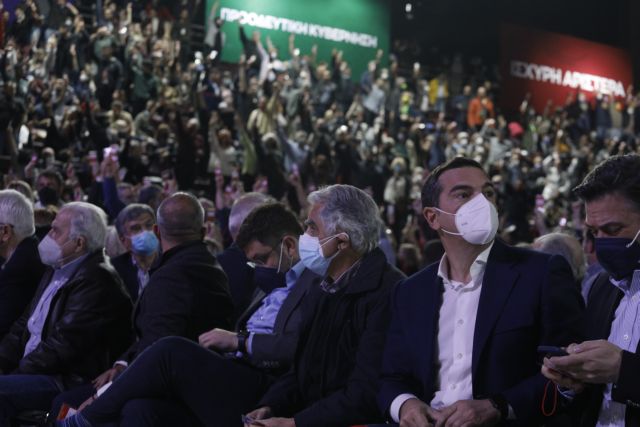 Clearly, whatever political capital was accrued from the third convention of left-wing, main opposition SYRIZA was squandered within 48 hours after it came to a close on 17 April, and the party appears to have entered a period of introspection, despite the decisions taken at the convention.

The spectacle of a settling of accounts between the ideological currents of the party, both within and outside the convention, with intense clashes and an undeclared war between cadres in the social media, have created a bellicose climate.

That is the backdrop of the 15 May election of the party leader and party organs by the registered members.

It is not befitting a party that seeks to govern the country with realism, nor is it suitable for a party that aspires to be an institutional pillar of the political system, while maintaining its political character and building its capability to attract citizens.

Party conventions should be an opportunity for a political restart and for changes that update political platforms that will be presented to the electorate.

They have nothing to offer if they end up as endless skirmishes between cadres that bear no relation to the needs and quests of our complex era.

SYRIZA is a large party and its leadership intends to restructure it, in order to increase its prospects of coming to power and in order to abandon foolishness, verbalism, and grandiose rhetoric.

It will not be able to make any headway if carries on with such asymmetrical clashes and settling of accounts.

TANEA Team 20 Απριλίου 2022 | 22:15
Share
Δείτε επίσης
Περισσότερα άρθρα για Αγγλική έκδοση
Athens' objective was to avert concessions that might affect Greek interests Greece, Turkey declare their satisfaction with results of NATO summit
What is at stake is the strategic depth of the Alliance Editorial: A crucial NATO summit
European supervised drug consumption sites have been an inextricable part of drug treatment Editorial: The first step
The overturning of Roe v. Wade turns the clock back 50 years for American women. Editorial: Back and forth
Thymios' statement - “I no longer trust people.” – is a punch in the gut. Editorial: A punch in the gut
Editorial: Audits of politicians' wealth
Mario Draghi has a prominent position in the EU architecture Editorial: Alliance
After a certain point, the necessary caution is a matter of personal responsibility Editorial: COVID-19 and personal responsibility
Extremists still constitute a threat Editorial: Threat
A consciously responsible stance is needed Editorial: Maintaining COVID-19 alertness
The late PM Constantine Karamanlis famously said, 'We belong to the West' Editorial: Contradictions
The end of EU enhanced fiscal supervision signals the exit from the tunnel Editorial: Breakthroughs
Head of Greek Pomaks’ Association rips into Erdogan’s revisionist expansionism
All Greek governments since Andreas Papandreou's demanded the return of the Marbles Osborne: ‘Deal to be done’ on sharing Parthenon Marbles
All efforts toward a radical resolution of the refugee problem have failed Editorial: The end does not justify the means