In his interviews and public appearances, main opposition leader Alexis Tsipras declares the need to 'separate the state from the party' and talks about 'meritocratic institutions'. 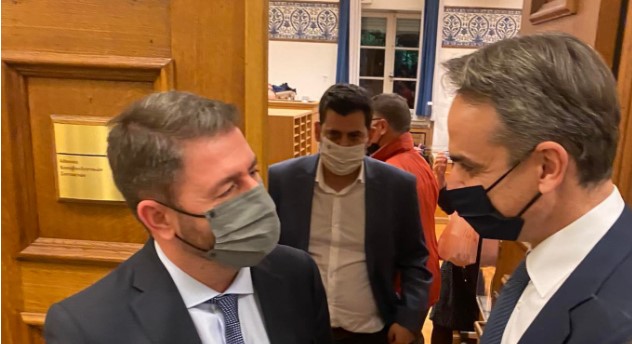 Theoretically, main opposition SYRIZA leader Alexis Tsipras recognises that he must attract middle class voters, and particularly those who describe themselves as centrist, in order to reduce the steady, over 10 percentage point lead of ruling New Democracy in opinion polls.

In his interviews and public appearances, he declares the need to “separate the state from the party” and talks about “meritocratic institutions”. He has adopted moderate rhetoric and has single-handedly taken the initiative to restructure SYRIZA.

In fact, his tactics and actions indicate the opposite. For example, centrist voters do not espouse SYRIZA’s stance on major arms procurement deals (most notably with France), as it has been viewed more as sterile opposition without offering justification for its objections. Meanwhile, cadres that have provoked the public with their positions have not been reined in and have alienated moderate voters.

As long as SYRIZA continues to appeal mainly to the emotions of voters, with arguments drawn from the two-party hegemony of the last decade, both PM Kyriakos Mitsotakis and centre-left KINAL leader Nikos Androulakis have an opportunity to gain ground in the battle for centrist voters.

Mitsotakis won the 2019 general precisely because he convinced a large segment of centrist voters. Androulakis, as a new player on the political chessboard, represents a party that has traditionally been the main exponent of centrist politics.

It is not an easy battle, yet ND and KINAL are entering it with a firmer grounding than SYRIZA, not necessarily because of their handling of political issues, but rather because of the decisions that the main opposition leader appears to have taken.

TANEA Team 17 Φεβρουαρίου 2022 | 19:45
Share
Δείτε επίσης
Περισσότερα άρθρα για Αγγλική έκδοση
Athens' objective was to avert concessions that might affect Greek interests Greece, Turkey declare their satisfaction with results of NATO summit
What is at stake is the strategic depth of the Alliance Editorial: A crucial NATO summit
European supervised drug consumption sites have been an inextricable part of drug treatment Editorial: The first step
The overturning of Roe v. Wade turns the clock back 50 years for American women. Editorial: Back and forth
Thymios' statement - “I no longer trust people.” – is a punch in the gut. Editorial: A punch in the gut
Editorial: Audits of politicians' wealth
Mario Draghi has a prominent position in the EU architecture Editorial: Alliance
After a certain point, the necessary caution is a matter of personal responsibility Editorial: COVID-19 and personal responsibility
Extremists still constitute a threat Editorial: Threat
A consciously responsible stance is needed Editorial: Maintaining COVID-19 alertness
The late PM Constantine Karamanlis famously said, 'We belong to the West' Editorial: Contradictions
The end of EU enhanced fiscal supervision signals the exit from the tunnel Editorial: Breakthroughs
Head of Greek Pomaks’ Association rips into Erdogan’s revisionist expansionism
All Greek governments since Andreas Papandreou's demanded the return of the Marbles Osborne: ‘Deal to be done’ on sharing Parthenon Marbles
All efforts toward a radical resolution of the refugee problem have failed Editorial: The end does not justify the means