Alexis Tsipras forgets that he is offering those who watch the three-day parliamentary debate on his no confidence motion yet another opportunity to compare him with his opponents. 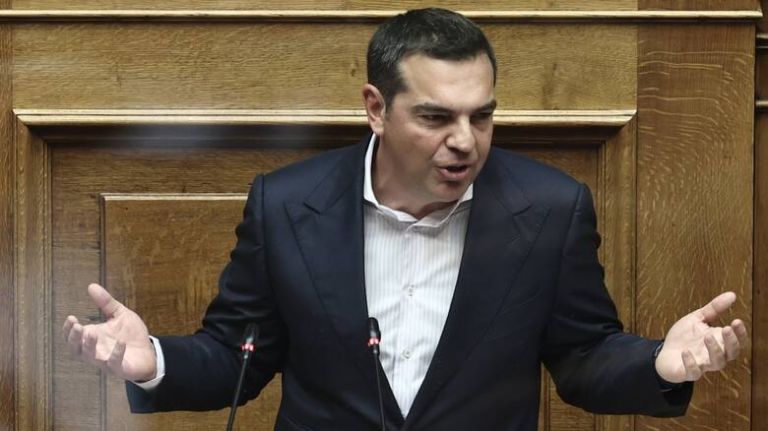 Main opposition leader Alexis Tsipras yesterday announced in Parliament that he is tabling a no confidence motion.

In his oration that preceded the announcement, he unleashed intense criticism of the government, with much rhetorical hyperbole.

Of course, he avoided referring to the real reason for a move that is viewed as sensationalist even by his loyal comrades, as the government is not in danger of renegade New Democracy MPs voting it down.

SYRIZA’s leader is not confronted solely by the party’s low polling numbers.

Following Tsipras’ decision – which was a surprise for many left-wingers – to plan a leadership election with the vote of the party’s base and sympathisers, he is now confronted with an intra-party opposition that is directly disputing both the party’s organisational changes and the leader’s motives.

The communications exploitation of the 24 January snowstorm even before the capital’s streets were cleared is an indication of the main opposition leader’s blatantly obvious need to transcend the party’s political introversion and to curb the rise of centre-left KINAL’s polling numbers in all recent surveys, which suggest that SYRIZA’s status as the second largest party is being threatened.

For all these reasons, Alexis Tsipras once again chose to resolve his problems through a political clash with the government.

He forgets that he is offering those who watch the three-day parliamentary debate on his no confidence motion yet another opportunity to compare him with his opponents.

TANEA Team 28 Ιανουαρίου 2022 | 20:32
Share
Δείτε επίσης
Περισσότερα άρθρα για Αγγλική έκδοση
Mitsotakis underlined Greece’s crucial geostrategic position PM Kyriakos Mitsotakis’ historic speech to Joint Session of US Congress (full text)
A party without self-criticism and renewal cannot move forward Editorial: Political parties transforming
Greece’s role as an energy hub must be emphasised Editorial: Opportunities
Mitsotakis-Biden talks: Greek-Turkish relations, the war in Ukraine, wayward Turkey’s new role in NATO
It is not in Greece’s interest for Turkey to be isolated or humiliated Editorial: Opportunity
The Marshall Plan prioritised rebuilding export capacity How should a Marshall Plan for Ukraine work?
Drop in COVID-19 deaths - number of infections, intubated patients stable, hospital admissions rise
Policing of universities is an unpleasant but necessary measure Editorial: No excuse
A strict price inspections policy is needed to curb untrammelled price hikes Editorial: Dealing with inflation
Editorial: Axes
Ta Nea has repeatedly called for decisive action Editorial: University police force plan on the back burner
Everything depends on how the social media are used Editorial: Words
SYRIZA’s gains in 2012 were a Pyrrhic victory. Editorial: Populism
There will be a 600 euro cap on the rebate Amidst uproar over skyrocketing energy costs, Mitsotakis announces rebates for households
This is the 12th anniversary of the deadly arson attack Editorial: Radio silence