Greek-Turkish exploratory talks must not cease, because they are the only means to resolve the impasse. The alternative to diplomacy spells disaster. 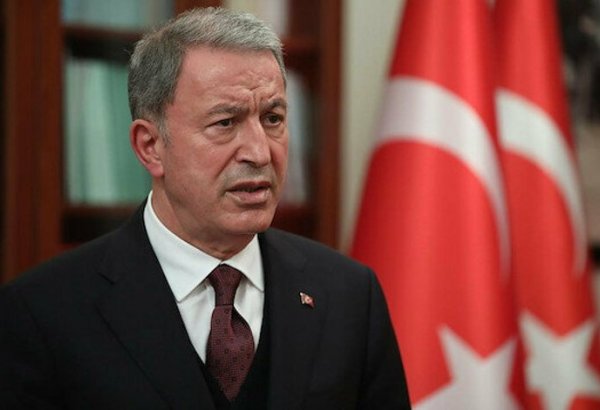 One can easily see the aggressiveness and propaganda of Turkey.

It is truly provocative for Turkish Defence Minister Hulusi Akar to boast that Turkish cadets can even swim to a Greek island.

It is indeed outrageous for a NATO member-state to threaten another member-state with war if the latter exercises a right that it has under international Law of the Sea.

Maintaining tensions does not contribute to dialogue or good neighbourly relations.

Nevertheless, one can invest in pragmatism.

Turkey’s casus belli (threat of war against Greece if Athens extends its territorial waters in the Aegean to 12nm under international law) is not new. Such an extension is also opposed by all major powers, as it would turn the Aegean into a Greek lake.

Despite its hostile rhetoric and daily threats, Turkey is not planning to land on any Greek island, as it knows there would be no winner and only losers.

Even if the Turkish foreign minister disputes the sovereignty of “militarised” Greek Aegean islands, and his Greek counterpart describes the Turkish government’s stance as the “epitome of irrationality, bilateral exploratory talks continue.

These talks must not cease, not in order to pretend to be in a dialogue, but rather because they are the only means to resolve the impasse.

The alternative to diplomacy spells disaster.

TANEA Team 5 Ιανουαρίου 2022 | 16:27
Share
Δείτε επίσης
Περισσότερα άρθρα για Αγγλική έκδοση
Tsipras posts on the social media and frequently as possible Editorial: Obligations
Universities have become a sort of state within the state Editorial: Enough is enough!
Nobody for whatever reason has the right to beat a professor Editorial: Zero tolerance
The shift in America’s priorities should come as no surprise Editorial: Fluidity
We have the weapons, the experience, and obviously the collective will Editorial: Transcending the pandemic
How do you negotiate with Vladimir Putin? Editorial: Dilemma
Editorial: Phenomenon
The alarm bell of daily life is urgently ringing Editorial: Alarm bell
We believe that the projections of scientists are exaggerated. They are not. Editorial: Living dangerously
It is up to us to exit the pandemic on our feet Editorial: Caution
The cost of a total lockdown would be very high for the economy Editorial: The need for personal responsibility, again
Banks – They secure short-term loans to provide new ones
Price increases in energy threaten the viability of businesses
Tax clearance certificate – What to expect in 2022
There is no room for an irresponsible stance Editorial: Responsibility