From the start of the pandemic, beyond strengthening and safeguarding the country and the sense of individual responsibility, a decisive issue has been the stance of all political parties. 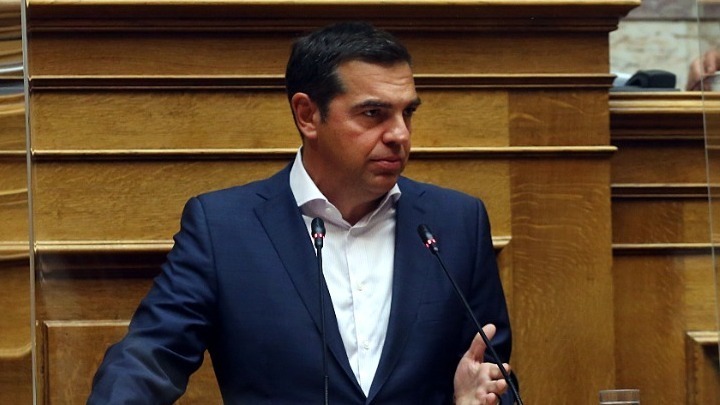 Whoever believes that the battle being waged by the National Health System and the state in public hospital ICUs is an opportunity for political exploitation is very wrong.

From the first moment of our collective adventure, beyond strengthening and safeguarding the country and the sense of individual responsibility, a decisive issue has been the stance of all political parties, as there was the danger that the public health crisis, which some people forget is global and evolving, would trigger a mixture of populism and irrationality that could lead to painful results.

Beyond the usual suspects, that fortunately did not happen, despite the vacillation of the main opposition party as regards vaccination.

Now that the discussion is continuing, even as we seek stronger protection against the virus, some have chosen to exploit the dead from the pandemic by using hospital ICUs and increased care units.

Even now, it would be well if they reconsider and distinguish between constructive criticism and the use of public health to produce frenzied populism.

The stance of opposition MPs in Parliament yesterday is cause for concern and raises the question of whether they have realised that they are undermining the national effort.

Fortunately, there are exceptions, politicians who understand that it is unacceptable and inconceivable to use the death of human beings as an opposition tool.

Those who have died of COVID-19 are not part of any kind of political stock market.

TANEA Team 16 Δεκεμβρίου 2021 | 13:03
Share
Δείτε επίσης
Περισσότερα άρθρα για Αγγλική έκδοση
Tsipras posts on the social media and frequently as possible Editorial: Obligations
Universities have become a sort of state within the state Editorial: Enough is enough!
Nobody for whatever reason has the right to beat a professor Editorial: Zero tolerance
The shift in America’s priorities should come as no surprise Editorial: Fluidity
We have the weapons, the experience, and obviously the collective will Editorial: Transcending the pandemic
How do you negotiate with Vladimir Putin? Editorial: Dilemma
Editorial: Phenomenon
Maintaining tensions does not contribute to dialogue or good neighbourly relations Editorial: Pragmatism in Greek-Turkish relations
The alarm bell of daily life is urgently ringing Editorial: Alarm bell
We believe that the projections of scientists are exaggerated. They are not. Editorial: Living dangerously
It is up to us to exit the pandemic on our feet Editorial: Caution
The cost of a total lockdown would be very high for the economy Editorial: The need for personal responsibility, again
Banks – They secure short-term loans to provide new ones
Price increases in energy threaten the viability of businesses
Tax clearance certificate – What to expect in 2022