The reform of the Criminal Code and the swifter meting out of justice are not simply piecemeal changes. They are reforms that will redefine and bolster the relationship of citizens with the state. 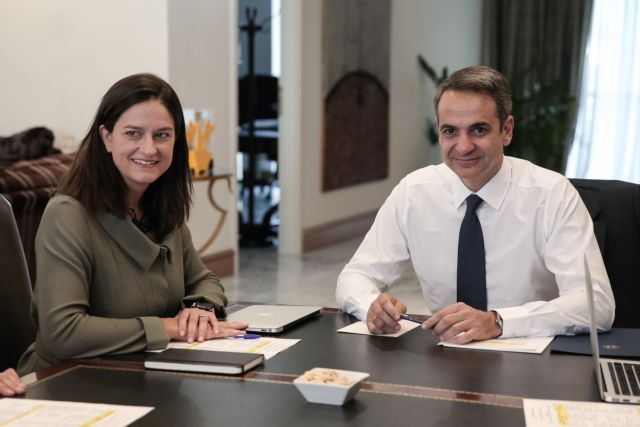 The government’s planned educational and judicial reforms should be viewed as a necessary condition for the functioning of a contemporary European state.

Any delay in implementing them is harmful for social cohesion, productivity, and the new trust in its institutions which the state must establish.

For example, the new framework law which the government and the education ministry are rightly pushing forward has at its core meritocracy in selecting teaching staff, and a properly understood autonomy of educational institutions in making their decisions.

One might say that just by seeing who is reacting to the planned changes one can understand that the reforms are in the right direction and that they will put an end to a slow-moving educational system, learning process, and operation.

The same is true with the proper changes in the justice system, which must also go forward decisively. The reform of the Criminal Code and the swifter meting out of justice are not simply piecemeal changes.

They are reforms that will redefine and bolster the judiciary’s prestige and the relationship of citizens with the state.

The reforms are necessary steps for Greece to harmonise with the realities of the new century, which demand that universities and the educational process be synchronised with current needs and new realities and that the judiciary be solid, inclusive, and trustworthy.

The time has come.

TANEA Team 14 Δεκεμβρίου 2021 | 14:27
Share
Δείτε επίσης
Περισσότερα άρθρα για Αγγλική έκδοση
Tsipras posts on the social media and frequently as possible Editorial: Obligations
Universities have become a sort of state within the state Editorial: Enough is enough!
Nobody for whatever reason has the right to beat a professor Editorial: Zero tolerance
The shift in America’s priorities should come as no surprise Editorial: Fluidity
We have the weapons, the experience, and obviously the collective will Editorial: Transcending the pandemic
How do you negotiate with Vladimir Putin? Editorial: Dilemma
Editorial: Phenomenon
Maintaining tensions does not contribute to dialogue or good neighbourly relations Editorial: Pragmatism in Greek-Turkish relations
The alarm bell of daily life is urgently ringing Editorial: Alarm bell
We believe that the projections of scientists are exaggerated. They are not. Editorial: Living dangerously
It is up to us to exit the pandemic on our feet Editorial: Caution
The cost of a total lockdown would be very high for the economy Editorial: The need for personal responsibility, again
Banks – They secure short-term loans to provide new ones
Price increases in energy threaten the viability of businesses
Tax clearance certificate – What to expect in 2022