'According to the International Energy Agency, more than half of the additional emissions reductions required to meet the Paris Agreement aims could be gained at no extra cost to electricity customers. 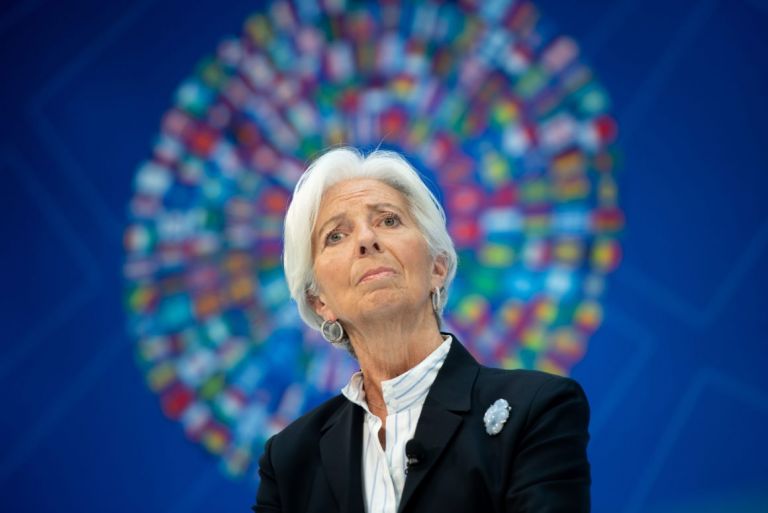 A moment for action

This week’s COP26 summit in Glasgow represents a vital opportunity to set out a clear path towards a zero-carbon world. Eliminating carbon emissions is the only way to stave off catastrophic climate change. The window for this transition to take place quickly enough to meet the aims of the Paris Agreement is closing rapidly but – crucially – it remains open.

There may be some costs involved in the transition, but there are opportunities as well. Technological progress has massively cut the cost of solar power and it is now one of the cheapest sources of electricity the world has ever seen. In fact, according to the International Energy Agency, more than half of the additional emissions reductions required to meet the Paris Agreement aims could be gained at no extra cost to electricity customers.

But we cannot currently rely solely on renewable energy sources, and there are still sectors where the necessary technology is not yet mature. We do not know for sure what our economies will look like in 30 years, and how exactly climate change will affect us in the future.

That uncertainty can be paralysing, especially when combined with a misguided belief that we cannot affect things individually, or that it is already too late. Yet we can all make a difference, and we each have a role to play.

In part, those transition paths require carbon pricing that fully reflects its current and future environmental and social costs. This is far from the case at present. Even worse, fossil fuels received $450 billion of explicit subsidies in 2020. Sharp increases in energy prices can affect the most vulnerable in society, so careful thought is needed to ensure a just transition where the benefits are shared equitably.

Those paths also require substantial technological innovation and investment in climate mitigation. Public investment can catalyse private investment, and the financial sector has an important role to play. Financial institutions should outline in transition plans how they plan to adapt to a carbon-free world. The Glasgow Financial Alliance for Net Zero is taking the first steps in that direction. Complete, internationally consistent and auditable disclosure data can help to ensure funds flow to where they are needed most, while avoiding the risk of greenwashing.

Central banks also have a role to play. The impact of natural catastrophes and the green transition on inflation directly affects the ECB’s primary mandate of price stability, which is why we are paying increasing attention to climate change. It also creates risks for the banks we supervise and for the ECB’s own balance sheet.

We are not alone in our concern. Around 100 central banks and financial supervisors worldwide have come together as part of the Network for Greening the Financial System. The Network seeks to contribute to the development of climate and environmental risk management within the financial sector and mobilise finance to support the green transition.

Yesterday the ECB publicly pledged to contribute, within our field of responsibility, to decisive action by policymakers to implement the Paris Agreement and mitigate the consequences of climate change. Climate change was an important consideration in our recent strategy review, and we have an ambitious roadmap in place that sets out our work agenda.

Our economy-wide climate stress test shows the benefits of acting early on climate issues. The short-term costs of the green transition are heavily outweighed in the long run by the benefits of avoiding costly disasters such as wildfires, heatwaves and droughts. Clearer intermediate milestones on the path to reaching net zero emissions in 2050 could help guide our way.

We now face a real choice. As we rebuild and remake our economies following the disruption of the pandemic, we have the opportunity to move away from carbon. The road ahead may seem daunting, but we know our destination and much of the path is already well lit. Transitioning to a zero-carbon world is the only way to ensure a brighter future for all of humanity. In the words of Antoine de Saint-Exupéry, “The time for action is now. It is never too late to do something.”

*Christine Lagarde is president of the European Central Bank

TANEA Team 4 Νοεμβρίου 2021 | 22:12
Share
Δείτε επίσης
Περισσότερα άρθρα για Αγγλική έκδοση
We have the weapons. We have fine scientists. We have the experience. We can. Editorial: Urgency
There were delays and tragic omissions in offering proper services to patients Positive Voice in a rough terrain: A look back at the history of HIV/AIDS in Greece
Greece has a multi-faceted policy in its foreign relations and that is how it should continue Editorial: Sobriety in foreign relations
We see irresponsible behaviours and an attitude that the virus is no longer with us Editorial: Behaviours
The virus recognises no geographical borders Editorial: Nobody is safe
Delays and foot-dragging have long led even to the denial of justice Editorial: Expediting justice
Erdogan’s insistence on keeping interest rates low led him to fire three central bankers Editorial: Turkey’s lonesomeness
Turkey traditionally exports its domestic crises Editorial: Turkey's domestic, foreign crises
Nobody has the right to deny their share of responsibility in the common effort Editorial: Joining forces to confront the pandemic
Of intubated patients, 83 percent are unvaccinated or partially vaccinated EODY: 105 COVID-19 deaths, 7,287 infections confirmed in the last 24 hours, 608 intubated
We must continue to insist that the state is obliged to be citizen-friendly Editorial: 'Guinness World Record'
Behind Lukashenko stands Putin, who backs and assists him Editorial: European sovereignty
The pandemic is an issue of life and death, and the protection of public health is a common aim Editorial: Consensus on managing the pandemic, even at the last minute
The measures announced are tantamount to an at least partial lockdown on the unvaccinated Mitsotakis announces partial lockdown on unvaccinated citizizens, tougher enforcement
Greece accuses Sanchez of ignoring EU decisions after agreement to sell aircraft carrier to Turkey