Editorial: A solution must be found!

It took pressure from the scientific community and, the death of clergy, for the Church to adjust to news realities and to comply with public health measures instituted by the government. 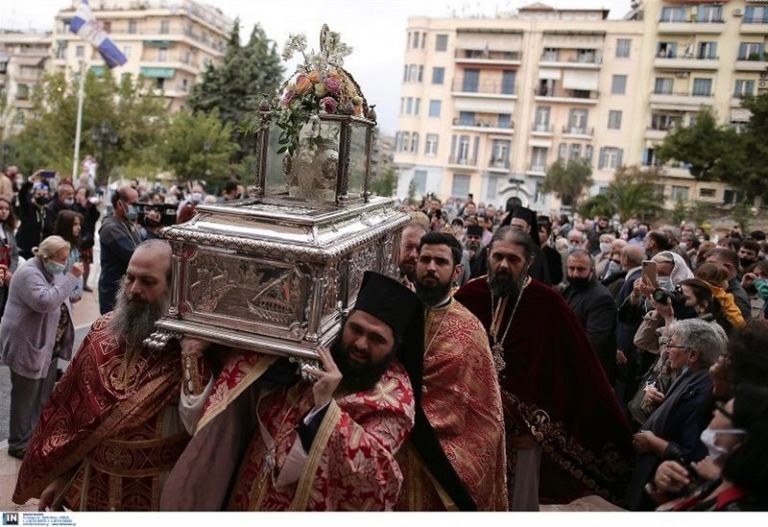 The Church delayed in becoming sensitised to the issue of the pandemic. Metropolitan bishops for a long time believed that they and the faithful enjoyed a sort of “immunity” from COVID-19 and that there was no danger of transmission either from crowded churches or the spoon with which Holy Communion is administered.

It took pressure from the scientific community and, unfortunately, the death of clergy, for the Church to adjust to the mundane realities and to comply with public health measures instituted by the government.

Today, the roles seem to have been reversed. Archbishop Ieronymos has said that he will not attend the enthronement of newly-elected Metropolitan bishops due to the surge in cases, and he is urging clergymen and the faithful who have not been vaccinated to do so.

On the other hand, the government has exempted the Church from the venues at which as of 6 November people will have to show a negative COVID-19 test in order to enter. It has cited both “practical reasons” – the difficulty of monitoring churches nationwide – and the inability to raise obstacles to worship.

However, the epidemic right now is raging and scientists are warning that soon there will be 10,000 new infections daily in Greece.

The National Health System is already under enormous pressure. Under such conditions, it is impermissible to allow gatherings in closed spaces such as churches where vaccinated people will intermingle with people who may be carriers because they are unvaccinated.

The state has an obligation to resolve this issue, not because the main opposition is demanding it, but rather because it is necessary in order to protect public health.

TANEA Team 4 Νοεμβρίου 2021 | 14:37
Share
Δείτε επίσης
Περισσότερα άρθρα για Αγγλική έκδοση
We see irresponsible behaviours and an attitude that the virus is no longer with us Editorial: Behaviours
The virus recognises no geographical borders Editorial: Nobody is safe
Delays and foot-dragging have long led even to the denial of justice Editorial: Expediting justice
Erdogan’s insistence on keeping interest rates low led him to fire three central bankers Editorial: Turkey’s lonesomeness
Turkey traditionally exports its domestic crises Editorial: Turkey's domestic, foreign crises
Nobody has the right to deny their share of responsibility in the common effort Editorial: Joining forces to confront the pandemic
Of intubated patients, 83 percent are unvaccinated or partially vaccinated EODY: 105 COVID-19 deaths, 7,287 infections confirmed in the last 24 hours, 608 intubated
We must continue to insist that the state is obliged to be citizen-friendly Editorial: 'Guinness World Record'
Behind Lukashenko stands Putin, who backs and assists him Editorial: European sovereignty
The pandemic is an issue of life and death, and the protection of public health is a common aim Editorial: Consensus on managing the pandemic, even at the last minute
The measures announced are tantamount to an at least partial lockdown on the unvaccinated Mitsotakis announces partial lockdown on unvaccinated citizizens, tougher enforcement
Greece accuses Sanchez of ignoring EU decisions after agreement to sell aircraft carrier to Turkey
Anti-vax lawyer arrested for dissemination of fake news on COVID-19, then released
Adjustment to contemporary conditions and conceptions is necessary Editorial: Modernisation of the Church
KINAL is nearly or even over ten percent in all opinion polls Editorial: Opportunity for the Greek centre-left