Editorial: COP26 and saving the planet

Yet, everyone agrees that the COP26 international climate change conference that began yesterday in Glasgow is the last chance to save the planet. 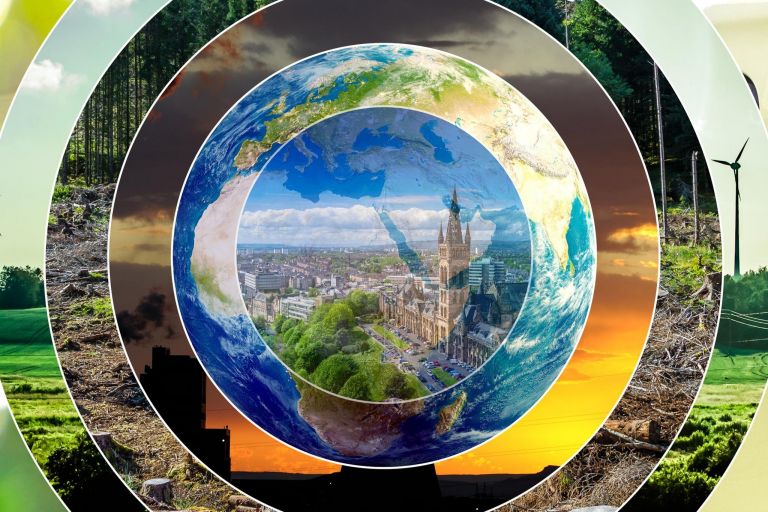 Six years have gone by since the Paris Agreement on climate change.

Yet, everyone agrees that the COP26 international climate change conference that began yesterday in Glasgow is the last chance to save the planet, because after the Paris Agreement no one did what is needed.

Its number one objective is to limit the temperature rise in order to avert the destruction of life as we know it.

Naturally, almost everyone agrees that we are at a critical juncture and in word they convey a sense of urgency, but the results of COP26 are considered uncertain.

Even the president of the conference, Alok Sharma, said that it will be a very big challenge as 200 countries must agree on extremely difficult issues.

The burden on leaders who are participating is great. They have a duty to commit themselves to more ambitious targets for the reduction of greenhouse gas emissions by 2030. They are also called upon to fund actions regarding the climate, both in developed and in developing countries.

They must discuss measures that they will take in order to adjust to the new realities of the impact of climate change – to grapple with repercussions that as we have seen over the past year are unavoidable.

The climate was never a hot issue. Today, however, it has become an issue of survival.

None of the participants in COP26 have the right to ignore that.

TANEA Team 1 Νοεμβρίου 2021 | 14:50
Share
Δείτε επίσης
Περισσότερα άρθρα για Αγγλική έκδοση
We can no longer tolerate violence and lawbreaking Editorial: Toleration of violence at universities must end
A coarse opposition stance is ill-advised Editorial: Seriousness
We have the weapons. We have fine scientists. We have the experience. We can. Editorial: Urgency
There were delays and tragic omissions in offering proper services to patients Positive Voice in a rough terrain: A look back at the history of HIV/AIDS in Greece
Greece has a multi-faceted policy in its foreign relations and that is how it should continue Editorial: Sobriety in foreign relations
We see irresponsible behaviours and an attitude that the virus is no longer with us Editorial: Behaviours
The virus recognises no geographical borders Editorial: Nobody is safe
Delays and foot-dragging have long led even to the denial of justice Editorial: Expediting justice
Erdogan’s insistence on keeping interest rates low led him to fire three central bankers Editorial: Turkey’s lonesomeness
Turkey traditionally exports its domestic crises Editorial: Turkey's domestic, foreign crises
Nobody has the right to deny their share of responsibility in the common effort Editorial: Joining forces to confront the pandemic
Of intubated patients, 83 percent are unvaccinated or partially vaccinated EODY: 105 COVID-19 deaths, 7,287 infections confirmed in the last 24 hours, 608 intubated
We must continue to insist that the state is obliged to be citizen-friendly Editorial: 'Guinness World Record'
Behind Lukashenko stands Putin, who backs and assists him Editorial: European sovereignty
The pandemic is an issue of life and death, and the protection of public health is a common aim Editorial: Consensus on managing the pandemic, even at the last minute