The pope has reportedly expressed his desire to again visit the island of Lesvos where he visited a refugee and migrant camp in 2016, but the Vatican as yet has not announced his schedule. 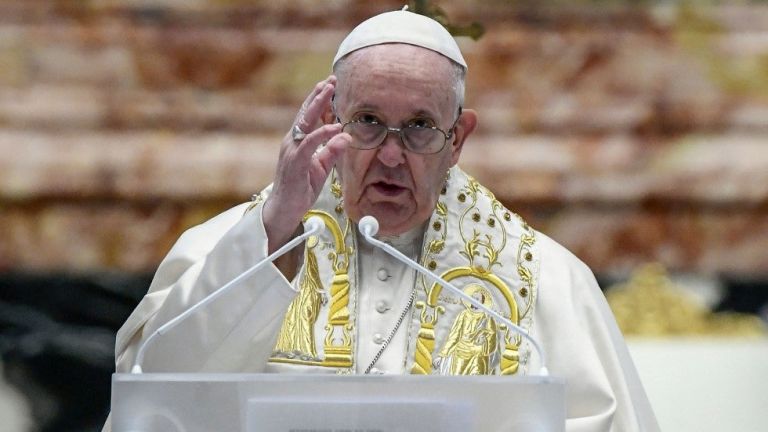 Pope Francis is scheduled to visit Cyprus on 2-3 December and then will travel to Greece where he will stay until 5 December.

The pope has reportedly expressed his desire to again visit the island of Lesvos where he visited a refugee and migrant camp in 2016, but the Vatican as yet has not announced his schedule.

Greek sources have said that the pope will have a number of contacts while in Greece, including meetings with President Katerina Sakellaropoulou, Archbishop Ieronymos, and representatives of the Catholic community in Greece.

The pope cancelled a scheduled visit to Malta and Glasgow, where the international climate conference will be held.

Despite his recent recovery from stomach surgery, the pontiff decided to go ahead with his plan to visit Greece and Cyprus.

TANEA Team 26 Οκτωβρίου 2021 | 22:46
Share
Δείτε επίσης
Περισσότερα άρθρα για Αγγλική έκδοση
When something is repeated frequently, it is not a chance event Editorial: Alarm
There was massive popular participation in the first round of the election Editorial: Wager
This past summer in the US an average of four million people each month resigned Editorial: A different quality of life
We can no longer tolerate violence and lawbreaking Editorial: Toleration of violence at universities must end
A coarse opposition stance is ill-advised Editorial: Seriousness
We have the weapons. We have fine scientists. We have the experience. We can. Editorial: Urgency
There were delays and tragic omissions in offering proper services to patients Positive Voice in a rough terrain: A look back at the history of HIV/AIDS in Greece
Greece has a multi-faceted policy in its foreign relations and that is how it should continue Editorial: Sobriety in foreign relations
We see irresponsible behaviours and an attitude that the virus is no longer with us Editorial: Behaviours
The virus recognises no geographical borders Editorial: Nobody is safe
Delays and foot-dragging have long led even to the denial of justice Editorial: Expediting justice
Erdogan’s insistence on keeping interest rates low led him to fire three central bankers Editorial: Turkey’s lonesomeness
Turkey traditionally exports its domestic crises Editorial: Turkey's domestic, foreign crises
Nobody has the right to deny their share of responsibility in the common effort Editorial: Joining forces to confront the pandemic
Of intubated patients, 83 percent are unvaccinated or partially vaccinated EODY: 105 COVID-19 deaths, 7,287 infections confirmed in the last 24 hours, 608 intubated