'The agreement does not exclusively concern defence issues, as was the case in our agreements with the US, France, and the United Arab Emirates. It is a Framework Agreement.' 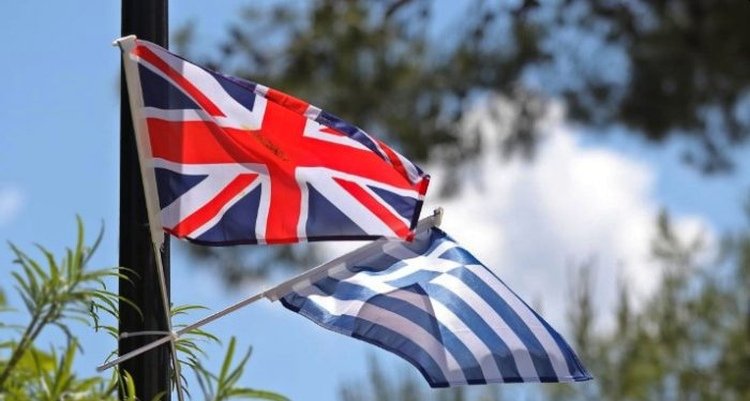 Foreign Minister Nikos Dendias will meet tomorrow in London with British Foreign Secretary Elizabeth Truss for talks and to sign a bilateral agreement on a series of areas of cooperation that he said will deepen Greece-UK ties.

It will include collaboration on defence and security issues.

“On Monday, 25 October, I shall meet in London with my British counterpart to sign a bilateral Framework Agreement that will cover a large number of areas, including defence and foreign policy,” Dendias said in an interview published today in Eleftheros Typos.

“The agreement does not exclusively concern defence issues, as was the case in our agreements with the US, France, and the United Arab Emirates. It is a Framework Agreement that will allow the deepening of our relations with a country with which we have centuries-old ties of friendship. It is a country that played a decisive role in achieving Greece’s independence, a country with which we fought on the same side in two World Wars,” Dendias said.

Dendias noted that the UK is a “nuclear power, a permanent member of the UN Security Council, and a Guarantor Power in Cyprus”.

The UK granted its former colony independence in 1960 and maintains sovereign bases on the island to this day. In the Treaty of Guarantee - one of three treaties that established the Republic of Cyprus - Greece, Turkey, and the UK became Guarantor Powers of the country’s independence.

Britain has always played a decisive role in UN-sponsored efforts over more than four decades to reach a settlement on Cyprus, after the 1974 Turkish invasion and occupation of nearly 40 percent of the island.

“If the confluence of events in the future permits, we shall conclude more agreements predicated on the defence of our national interests, in the framework of mutual understanding and respect between (the two) countries, and based always on international law and good neighbourly relations,” Dendias said.

TANEA Team 24 Οκτωβρίου 2021 | 17:51
Share
Δείτε επίσης
Περισσότερα άρθρα για Αγγλική έκδοση
We can no longer tolerate violence and lawbreaking Editorial: Toleration of violence at universities must end
A coarse opposition stance is ill-advised Editorial: Seriousness
We have the weapons. We have fine scientists. We have the experience. We can. Editorial: Urgency
There were delays and tragic omissions in offering proper services to patients Positive Voice in a rough terrain: A look back at the history of HIV/AIDS in Greece
Greece has a multi-faceted policy in its foreign relations and that is how it should continue Editorial: Sobriety in foreign relations
We see irresponsible behaviours and an attitude that the virus is no longer with us Editorial: Behaviours
The virus recognises no geographical borders Editorial: Nobody is safe
Delays and foot-dragging have long led even to the denial of justice Editorial: Expediting justice
Erdogan’s insistence on keeping interest rates low led him to fire three central bankers Editorial: Turkey’s lonesomeness
Turkey traditionally exports its domestic crises Editorial: Turkey's domestic, foreign crises
Nobody has the right to deny their share of responsibility in the common effort Editorial: Joining forces to confront the pandemic
Of intubated patients, 83 percent are unvaccinated or partially vaccinated EODY: 105 COVID-19 deaths, 7,287 infections confirmed in the last 24 hours, 608 intubated
We must continue to insist that the state is obliged to be citizen-friendly Editorial: 'Guinness World Record'
Behind Lukashenko stands Putin, who backs and assists him Editorial: European sovereignty
The pandemic is an issue of life and death, and the protection of public health is a common aim Editorial: Consensus on managing the pandemic, even at the last minute