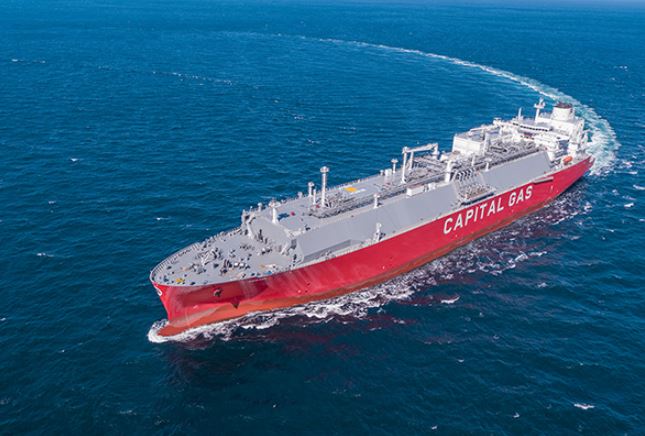 Specifically, total bidding demand by investors for the public offer reached 801.37 million euros, oversubscribing the issue by 5.3 times, and amid extremely high interest by private and institutional investors.

Additionally, 66.67 percent of the issue was picked up by private investors, with 33.33 percent picked up by institutional creditors.

The shipping-related bond issue by the Marinakis-controlled company is the second in the Greek market, following a bond issue floated by Konstantakopoulos family-controlled Costamare, totaling 100 million euros, and with bid offers reaching 665 million euros.

The considerable interest by investors for the new shipping bond marks the most successful such corporate issue of bonds traded on the Athens Stock Exchange’s (ATHEX) primary market.

The record-setting success of the issue is due, in large part, to the significant commercial size of the broader Marinakis-owned shipping group, as well as on the financial strength of Capital Product Partners, which has been listed on Nasdaq since 2007 and is also the guarantor of the bonds.

CPLP announced that it aims to use the 150 million euros raised to partly finance a “green” strategic business plan totaling 1.2 billion euros, in order to boost its fleet with state-of-the-art, environmentally-friendly LNG carriers, which also use LNG as propulsion fuel.

The technologically advanced newbuilding vessels are chartered on long-term contracts to major energy companies, such as BP, ENGIE and Cheniere.

“We are pleased to announce the closing of our first shipping bond on the Athens Exchange. The successful bond issue further diversifies our Company’s sources of financing and allows us to execute on our business plan with an attractive overall cost of capital. The bond was issued at the low end of the yield range based on exceptionally high demand.”  CPLP Chief Executive Officer Jerry Kalogiratos said.

CPLP has elected to follow a conservative business model since its Nasdaq listing in 2007, focusing on visible future cash flows and the creation of surplus value for its shareholders. It is indicative that the shipping firm has continuously paid dividends to its shareholders, currently adding up to almost USD800 million.

The CPLP fleet will increase to 22 vessels with acquisitions funded by the bond issue, including 15 Neo-Panamax container vessels, one Capesize bulk carrier and six LNG carriers.

TANEA Team 20 Οκτωβρίου 2021 | 23:49
Share
Περισσότερα άρθρα για Αγγλική έκδοση
We can no longer tolerate violence and lawbreaking Editorial: Toleration of violence at universities must end
A coarse opposition stance is ill-advised Editorial: Seriousness
We have the weapons. We have fine scientists. We have the experience. We can. Editorial: Urgency
There were delays and tragic omissions in offering proper services to patients Positive Voice in a rough terrain: A look back at the history of HIV/AIDS in Greece
Greece has a multi-faceted policy in its foreign relations and that is how it should continue Editorial: Sobriety in foreign relations
We see irresponsible behaviours and an attitude that the virus is no longer with us Editorial: Behaviours
The virus recognises no geographical borders Editorial: Nobody is safe
Delays and foot-dragging have long led even to the denial of justice Editorial: Expediting justice
Erdogan’s insistence on keeping interest rates low led him to fire three central bankers Editorial: Turkey’s lonesomeness
Turkey traditionally exports its domestic crises Editorial: Turkey's domestic, foreign crises
Nobody has the right to deny their share of responsibility in the common effort Editorial: Joining forces to confront the pandemic
Of intubated patients, 83 percent are unvaccinated or partially vaccinated EODY: 105 COVID-19 deaths, 7,287 infections confirmed in the last 24 hours, 608 intubated
We must continue to insist that the state is obliged to be citizen-friendly Editorial: 'Guinness World Record'
Behind Lukashenko stands Putin, who backs and assists him Editorial: European sovereignty
The pandemic is an issue of life and death, and the protection of public health is a common aim Editorial: Consensus on managing the pandemic, even at the last minute