What is certain is that the vaccine is a weapon in this battle and it has been proven to create a protective shield for the population against deaths and against the other diseases that result from the virus. 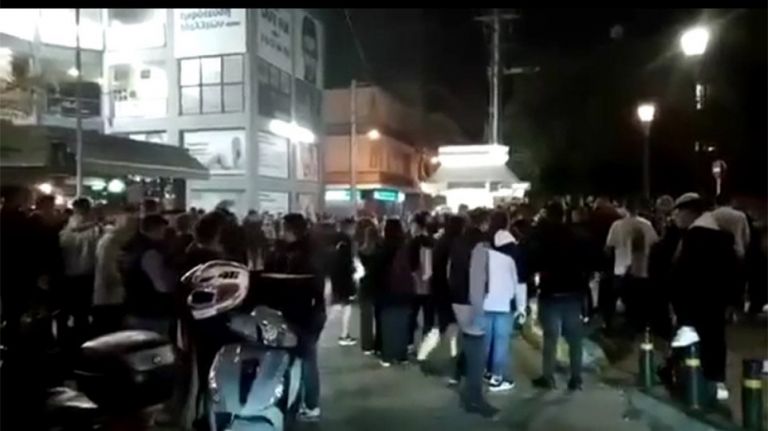 We are perhaps in the last mile of the pandemic crisis, but that is more than ever linked with our level of maturity, our collective responsibility, and how serious we are as a society.

COVID-19 is here, with over 3,000 newly confirmed cases and dozens of deaths in a day, and there is no time or room for further excuses from the unvaccinated.

The above numbers and the data in general are overwhelming. What is certain is that the vaccine is a weapon in this battle and it has been proven to create a protective shield for the population against deaths and against the other diseases that result from the virus for those who fall ill.

One must also take into account the fact that the battle against the virus coincides with the fight against a flair up of the seasonal flu, and that is yet another reason to speed up a massive vaccination push in order to achieve the desired wall of immunity for everyone. The National Health system has made a huge contribution but with outdated capabilities.

Otherwise, normalcy will be temporary and incomplete, with a deleterious impact on the real economy and our daily lives.

The final exit from the epidemic is now, and as autumn advances it is important to be vigilant and not to be lax with irresponsible behaviours on the individual and collective level, as this two year battle has been waged both by the state and citizens.

We have the power to leave behind this unprecedented crisis.

TANEA Team 19 Οκτωβρίου 2021 | 14:54
Share
Δείτε επίσης
Περισσότερα άρθρα για Αγγλική έκδοση
We have the weapons. We have fine scientists. We have the experience. We can. Editorial: Urgency
There were delays and tragic omissions in offering proper services to patients Positive Voice in a rough terrain: A look back at the history of HIV/AIDS in Greece
Greece has a multi-faceted policy in its foreign relations and that is how it should continue Editorial: Sobriety in foreign relations
We see irresponsible behaviours and an attitude that the virus is no longer with us Editorial: Behaviours
The virus recognises no geographical borders Editorial: Nobody is safe
Delays and foot-dragging have long led even to the denial of justice Editorial: Expediting justice
Erdogan’s insistence on keeping interest rates low led him to fire three central bankers Editorial: Turkey’s lonesomeness
Turkey traditionally exports its domestic crises Editorial: Turkey's domestic, foreign crises
Nobody has the right to deny their share of responsibility in the common effort Editorial: Joining forces to confront the pandemic
Of intubated patients, 83 percent are unvaccinated or partially vaccinated EODY: 105 COVID-19 deaths, 7,287 infections confirmed in the last 24 hours, 608 intubated
We must continue to insist that the state is obliged to be citizen-friendly Editorial: 'Guinness World Record'
Behind Lukashenko stands Putin, who backs and assists him Editorial: European sovereignty
The pandemic is an issue of life and death, and the protection of public health is a common aim Editorial: Consensus on managing the pandemic, even at the last minute
The measures announced are tantamount to an at least partial lockdown on the unvaccinated Mitsotakis announces partial lockdown on unvaccinated citizizens, tougher enforcement
Greece accuses Sanchez of ignoring EU decisions after agreement to sell aircraft carrier to Turkey