There are many jobs and positions that are no longer attractive for Greek citizens that could be filled by refugees to the benefit of the Greek economy and the refugees themselves. 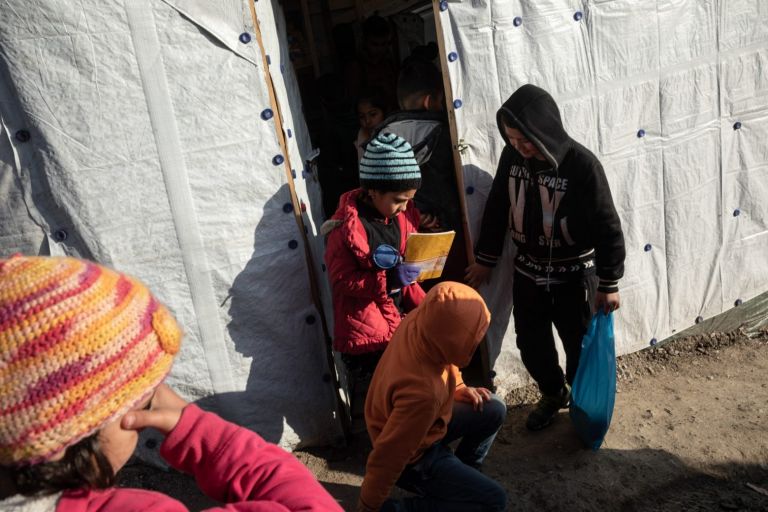 Greek political parties when they refer to refugees choose to appeal to the emotions of voters.

Refugees are either depicted as a threat to ethnic purity or as a group that deserves pity.

Almost no one speaks about them by appealing to the logic of the electorate. In other word, no one highlights the potential contribution of these people in strengthening the productive base of the country.

There are many jobs and positions that are no longer attractive for Greek citizens that could be filled by refugees to the benefit of the Greek economy and the refugees themselves, as that would increase the likelihood of their integration in the social whole.

The truth be told, our politicians are saying nothing different from the majority of their European colleagues on the migration issue.

Yet, certain “heretical” voices in Europe maintain that the entire continent will in the future need many migrants if it is to reverse two trends that endanger the EU’s economic survival, the ageing of its population, and the shrinking of the work force.

Projections based on the data are rather ominous. By 2100 it is projected that the EU will have 30 million fewer citizens and that it will likely not have enough workers for its hospitals, hotels, and factories. Hence, states will not easily come up with the funds needed to pay pensions.

Greece is no exception. Therefore, we must seriously discuss solutions that refugees may provide for the productive process.

TANEA Team 12 Οκτωβρίου 2021 | 15:47
Share
Δείτε επίσης
Περισσότερα άρθρα για Αγγλική έκδοση
The European Union’s internal market had completely eliminated internal borders Op-ed: Fortress Europe?
The letter stresses US support for Athens’ dialogue with its neighbours Blinken underlines US ‘respect for sovereignty and territorial integrity’ in letter to Mitsotakis
The strategic dialogue was launched in Washington in December, 2018 US-Greece strategic dialogue covers all levels of bilateral, regional, international cooperation
The main duty of the state is to protect the lives and property of citizens Editorial: Prevention
Cyprus to brief permanent members of UN Security Council on Turkey's moves to re-open Varosha
She is a bright example of a politician who fearlessly and boldly is confronting her new challenge Editorial: Fofi, stand strong!
The enormous August wildfires prepared us for the fires of the future Editorial: Everything must come to light
Greece is a pole of stability in the region and is a member of both NATO and the EU Editorial: Geopolitical opportunities
The original agreement in 1990 had an eight-year duration Exclusive interview with FM Nikos Dendias: ‘The US recognises Greece’s strategic position’
Apostolakis dodged a question on whether he plans to run on SYRIZA’s ticket Former SYRIZA defence minister supports procurement of French Belharra frigates
In health matters as in politics, along with coercion there is also prevention Editorial: The far right-anti-vaxxers osmosis
Editorial: Supply and demand
Concerns over a potential rebound of Golden Dawn followers are widespread Editorial: The duty to combat the far right
Turkey pushes the envelope in the Eastern Mediterranean sending warships to Cyprus’ EEZ
Athens University's Applied Evolutionary Virology Group led the study Greek team leads research on role of millions of years old ‘dark genome’ in severe, long-term COVID