Editorial: An issue of democracy

The judiciary, the law, and the educational system are just some of the protective shields that the Third Hellenic Republic (post 1974) has at its disposal to confront the far-right. 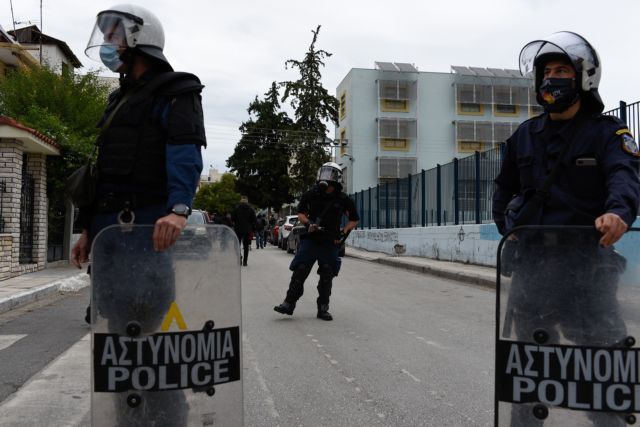 A string of incidents of far-right violence at professional training schools in the Stavroupolis area of Thessaloniki is exceedingly worrisome.

It appears that the spectre of the social and political far-right is still here and we have a duty to take it into account and not underestimate it.

What is needed even more is for the state to take coordinated action so that this monster can be nipped in the bud and so that the conditions that favour its growth can be eliminated.

The judiciary, the law, and the educational system are just some of the protective shields that the Third Hellenic Republic (post 1974) has at its disposal.

A repetition of the phenomenon and incidents of far-right violence, and indeed in vulnerable and sensitive places such as schools, can lead to the reappearance of neo-Nazi groups that often have political ambitions.

We are well aware of this, but deeply-rooted democratic institutions and the maturity of our political system will not allow such phenomena to take root.

A strong civil society of a European country grounded on dialogue and positive rebirth, on the bicentennial of Greek independence, will celebrate only the contemporary era, and not allow a dark backpedaling.

It is an issue of democracy and the challenge for the state is to prevent every new expression of fascism.

It is a matter of drawing red lines, and that requires decisiveness.

TANEA Team 1 Οκτωβρίου 2021 | 13:29
Share
Δείτε επίσης
Περισσότερα άρθρα για Αγγλική έκδοση
Meetings with President Katerina Sakellaropoulou, Archbishop Ieronymos Pope Francis to visit Cyprus, Greece in December
Evangelos Marinakis on CPLP’s bond listing at the Athens Stock Exchange: “Green investments are the future”
Washington concerned about religious freedom of the patriarchate in Turkey Vartholomeos has one-hour meeting with Biden: Religion, rights, and geopolitics on US visit
What a great thing it is to be fighting for your life even as you battle for the common good! Editorial: Standing tall
It is the greatest foreign policy crisis in Erdogan's 19 years in power Following domestic, international uproar Erdogan backs off on expulsion of 10 Western ambassadors
The UN Secretary has warned that humanity is already in a state of emergency Editorial: A duty towards our children
'The UK played a decisive role in achieving Greece’s independence' FM Nikos Dendias: Greece-UK bilateral cooperation agreement to include defence and security issues
Vartholomeos has fervently pursued inter-faith dialogue with the Muslim and Jewish faiths Religion, rights, and geopolitics on Vartholemos' US visit, meetings with Biden, Blinken, Pelosi
At Greek universities progress is battling regression. Editorial: Two worlds
Editorial: Opportunity
Angela Merkel – In Athens on October 28 and 29
If the pandemic is checked, we can hope for much better days Editorial: Turning point for Europe
Record-breaking over-subscription for CPLP bond issue
We have a duty to ensure for families a network of protection in our schools. Editorial: Maintaining balances
We have the power to leave behind this unprecedented crisis. Editorial: Exiting the pandemic