The ease with which main opposition cadres discern responsibilities of their political opponents for whatever goes wrong in the country was apparent in Spirtzis' statement about the latest femicide. 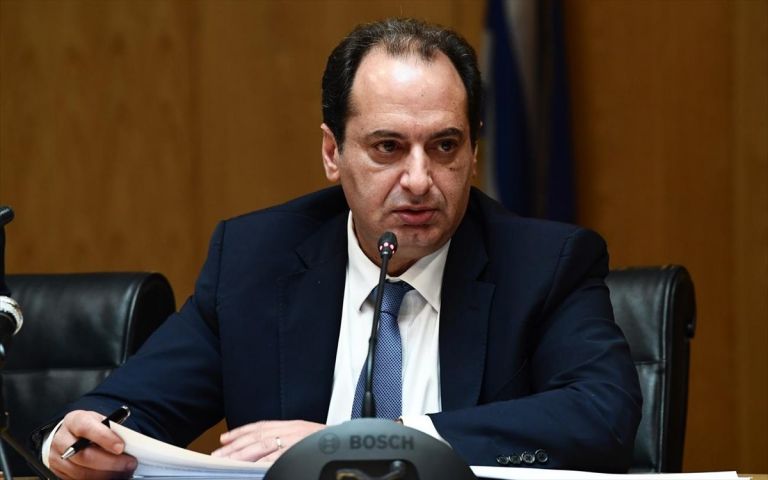 That is the ease with which main opposition cadres discern responsibilities of their political opponents for whatever goes wrong in the country.

That applies among others to SYRIZA’s former infrastructure and transport minister Christos Spirtzis, who due his long political career and experience, both in his current and previous party (Pasok), can comprehend which issues merit a harsh political clash and which ones do not.

The recent, 11th femicide so far this year is clearly in the latter category. That is patently obvious for Spirtzis’ female fellow party members, who hastened to condemn his related tweet as an “extremely coarse attempt to instrumentalise the latest heinous femicide”.

The role of the main opposition is to criticise the faults of the government, not to politicise serious social issues.

The problem, say those in the left wing who sought to justify Spirtzis’ political foul regarding the culprit in the latest femicide, is that someone who had been charged with abusive behaviour continued to possess a rifle.

Unfortunately, the problem is deeper and has to do with the perceptions of the culprit and others that led him to press the trigger to murder a woman.

Precisely because the problem is so deeply rooted and complex it is not an appropriate issue for cheap opposition grandstanding.

We all have a duty to work together to combat the threat against girls and women.

Politicians are obliged to transcend their regular vote-mongering if they truly want to help in the battle against the true causes of femicides.

TANEA Team 24 Σεπτεμβρίου 2021 | 16:11
Share
Δείτε επίσης
Περισσότερα άρθρα για Αγγλική έκδοση
Meetings with President Katerina Sakellaropoulou, Archbishop Ieronymos Pope Francis to visit Cyprus, Greece in December
Evangelos Marinakis on CPLP’s bond listing at the Athens Stock Exchange: “Green investments are the future”
Washington concerned about religious freedom of the patriarchate in Turkey Vartholomeos has one-hour meeting with Biden: Religion, rights, and geopolitics on US visit
What a great thing it is to be fighting for your life even as you battle for the common good! Editorial: Standing tall
It is the greatest foreign policy crisis in Erdogan's 19 years in power Following domestic, international uproar Erdogan backs off on expulsion of 10 Western ambassadors
The UN Secretary has warned that humanity is already in a state of emergency Editorial: A duty towards our children
'The UK played a decisive role in achieving Greece’s independence' FM Nikos Dendias: Greece-UK bilateral cooperation agreement to include defence and security issues
Vartholomeos has fervently pursued inter-faith dialogue with the Muslim and Jewish faiths Religion, rights, and geopolitics on Vartholemos' US visit, meetings with Biden, Blinken, Pelosi
At Greek universities progress is battling regression. Editorial: Two worlds
Editorial: Opportunity
Angela Merkel – In Athens on October 28 and 29
If the pandemic is checked, we can hope for much better days Editorial: Turning point for Europe
Record-breaking over-subscription for CPLP bond issue
We have a duty to ensure for families a network of protection in our schools. Editorial: Maintaining balances
We have the power to leave behind this unprecedented crisis. Editorial: Exiting the pandemic