Editorial: The legacy of Mikis Theodorakis

Many link him to their first acquaintance with the great French singer Edith Piaf, with the poets Yorgos Seferis and Odysseas Elytis (both Nobel Prize winners) and with poet Yannis Ritsos, 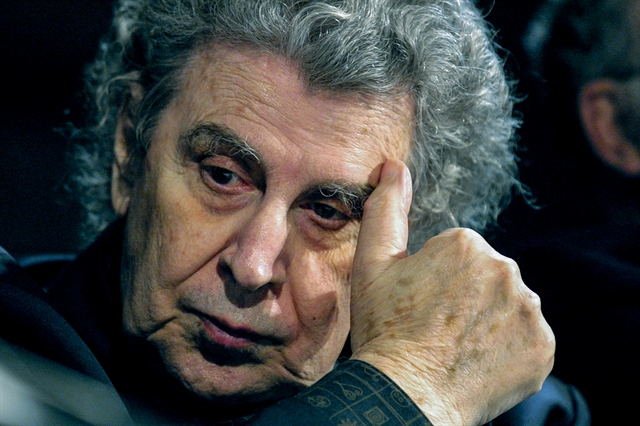 The national mourning and outpouring of emotion following the death of Mikis Theodorakis is unprecedented.

Each person has linked the great composer, who died on 2 September, with an experience in his or her life.

Some see Theodorakis as the inspiration for their political awareness and mobilisation.

Others link him to their first acquaintance with the great French singer Edith Piaf, with the poets Yorgos Seferis and Odysseas Elytis (both Nobel Prize winners) and with poet Yannis Ritsos, or to their experience when as youngsters they watched with awe famed movie actress Tzeni Karezi singing his song about a certain Margarita (the name of the composer’s daughter).

People remember him from the famed Syrtaki from the 1964 film Zorba the Greek, which was later danced at countless Greek celebrations and gatherings, and link him to their love for Al Pacino, as Theodorakis wrote the theme song for Serpico.

The song Dromoi Palioi (Old Roads) is linked by many to certain moments of melancholy, the song Sfageio (slaughterhouse) is associated with an ignominious page in Modern Greek history, and Mathausen (the Nazi concentration camp) with a horrible page in world history.

Among the people who hastened to bid farewell to Theodorakis, who may otherwise have little in common, for each one the composer represented something different.

What they have in common, however, is a sense of loss felt by several generations of Greeks, who lost yet another common point of reference.

That proves that even as he joins the immortals, Theodorakis leaves a huge void that is very difficult to fill.

Yet, at the same time he leaves behind a legacy of unity.

At the end of the day, everyone bid Mikis farewell and is mourning him. He is not “theirs”. He is “ours”.

That final legacy of unity for his compatriots is the best epilogue for a full life, which was not without its contradictions, but it also constitutes an admonition for how we should face the future.

At a moment when the pandemic has divided society and political party leaders are calling each other “liar” or “con artist”, this warning bell is necessary.

Mikis rang it as he bid us farewell.