Olaf Scholz wants stricter measures to manage climate change. He also wants to increase the minimum wage from 9.6 to 12 euros per hour, and he knows very well where to find the funds. 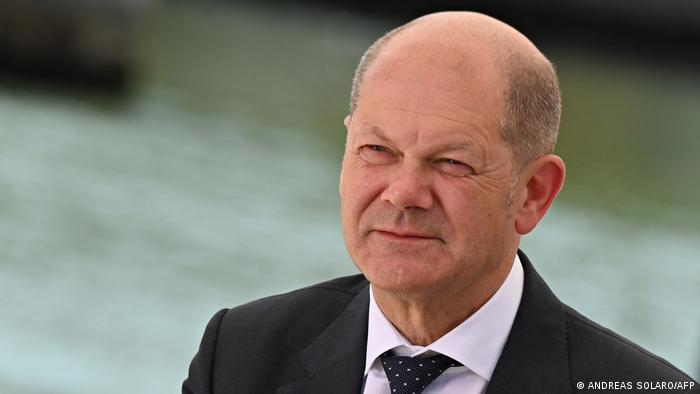 The gallop of Olaf Scholz if it continues over the coming weeks and gives him the first place in the election of the Social Democrats in the 26 September elections will overturn two myths.

The first is that this is the swan song of the centre-left. The second is that its co-existence with the centre-right will be its undoing.

German opinion polls indicate that the Social Democracy has ideas, that citizens are ready to listen, and that if it is credible citizens are willing to give it a try.

The German finance minister has ideas. For example, he wants to build more homes in order to stem rent hikes.

He wants stricter measures to manage climate change. He also wants to increase the minimum wage from 9.6 to 12 euros per hour, and he knows very well where to find the funds for his proposals to be implemented. Hence he is credible, and as he himself says he is a liberal, not stupid.

The prospect of the 63-year-old Scholz becoming Chancellor will not be an upset for the political scene. It is characteristic that the SPD candidate favours a return to putting a brake on debt and placing a limit on state spending.

He will certainly renew the political scene, especially if the Christian Democrats remain outside the government. Renewal always benefits democracy.

This eventuality will also demonstrate that the crucial precondition for the Left to succeed is not radicalisation or an anti-system stance.

TANEA Team 30 Αυγούστου 2021 | 08:12
Share
Δείτε επίσης
Περισσότερα άρθρα για Αγγλική έκδοση
There is a danger of the war being viewed as something normal Editorial: Taking measures
Athens' objective was to avert concessions that might affect Greek interests Greece, Turkey declare their satisfaction with results of NATO summit
What is at stake is the strategic depth of the Alliance Editorial: A crucial NATO summit
European supervised drug consumption sites have been an inextricable part of drug treatment Editorial: The first step
The overturning of Roe v. Wade turns the clock back 50 years for American women. Editorial: Back and forth
Thymios' statement - “I no longer trust people.” – is a punch in the gut. Editorial: A punch in the gut
Editorial: Audits of politicians' wealth
Mario Draghi has a prominent position in the EU architecture Editorial: Alliance
After a certain point, the necessary caution is a matter of personal responsibility Editorial: COVID-19 and personal responsibility
Extremists still constitute a threat Editorial: Threat
A consciously responsible stance is needed Editorial: Maintaining COVID-19 alertness
The late PM Constantine Karamanlis famously said, 'We belong to the West' Editorial: Contradictions
The end of EU enhanced fiscal supervision signals the exit from the tunnel Editorial: Breakthroughs
Head of Greek Pomaks’ Association rips into Erdogan’s revisionist expansionism
All Greek governments since Andreas Papandreou's demanded the return of the Marbles Osborne: ‘Deal to be done’ on sharing Parthenon Marbles