Difficult days lie ahead. The Afghanistan crisis is a challenge for the international community on both a political and strategic level, and it is testing our sensitivities. 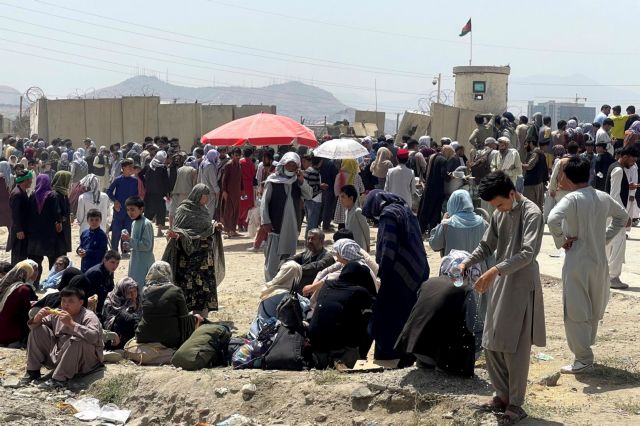 The cry of women of Afghanistan who throw their children over the wall of Kabul airport to American soldiers who receive them with tears is a blow to the stomach for many people - first of all for US President Joe Biden who has been blamed for a chaotic withdrawal and a humiliating defeat for the West, which is leaving Afghans – primarily women – to their own devices, but also for the rest of us who hope that the Taliban has changed and matured.

However, initial reports show that the Taliban is killing protesters, chasing women who do not wear a burka, arresting journalists, and going house-to-house seeking out collaborators of the enemy.

The Taliban is not only abandoning efforts that had begun to create some form of democracy. It is also cancelling out liberties that had been hard won and destroying the childhood of the young.

That is the domestic side of the drama. The external side is that the regional instability created by the jihadists strengthens Russia and China as they are hastening to fill the power vacuum left by the US.

The threat of a new wave of terrorist attacks threatens not only Central Asia but also the West and creates the spectre of a new refugee crisis.

As the weekend edition of Ta Nea reveals today, Greece is creating three border security zones to avert a repeat of the crisis of 2015.

Yet that cannot replace humanitarianism. The need for security cannot supplant European values.

In conclusion, the Taliban are not simply a domestic problem of Afghanistan and the West can be neither proud nor secure.

Difficult days lie ahead. The Afghanistan crisis is a challenge for the international community on both a political and strategic level, and it is testing our sensitivities.

TANEA Team 21 Αυγούστου 2021 | 21:29
Share
Δείτε επίσης
Περισσότερα άρθρα για Αγγλική έκδοση
The cottage industry of lawsuits against educators constitutes a disruption of social peace Editorial: Decisiveness
For the Ecumenical Patriarchate, which has spiritual authority over the Church in America, Elpidophoros, 54, is the best and the brightest that it has to offer. Tempest in a teapot: The attacks on Archbishop Elpidophoros and foreign policy stunts
US President Joe Biden has chosen a particular mixture of policies Editorial: Doctrines
Approximately 160,000 people in Greece today are afflicted with Alzheimer’s disease Editorial: Reminder
Unrepentant, Tsipras unleashed charges against the government and announced handouts Editorial: A return to the past
The country is in great need of stability., not electoral surprises Editorial: Normalcy
The EU’s adjustment of financial rules has facilitated the situation Editorial: Lessons
Editorial: The conundrum of early elections
It is common knowledge that all political parties seek the vote of Greece’s youth Editorial: Greece’s youth
In a democracy, elections cannot serve as a weapon for prime ministers Editorial: The need for electoral stability
Mitsotakis rules out any prospect of political consensus with SYRIZA
Merkel’s statement should lead us collectively to a rethinking of what happened and not reflexive indignation Editorial: The price of imprudent politics
Self-tests, contact tracing key to safe re-opening of schools Spike in COVID-19 cases expected after schools open next week
The repercussions of these illegal actions are not limited to public health Editorial: A threat to society
September has arrived, but the University Protection Groups did not keep the rendezvous Editorial: Rendezvous