Perhaps certain opposition politicians do not realise that the degree of seriousness in their stance today will have an impact on the entire political system in the near future. 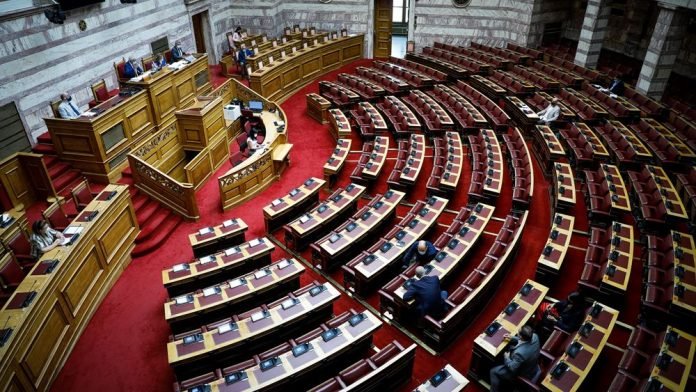 Regardless of ideological views or differences, it is more urgent than ever for Greece’s political parties to find a modus vivendi regarding the handling of the pandemic and the public health crisis.

Even belatedly, it is worthwhile to reach an understanding and consensus in order to speed up the vaccine rollout and to expedite the new plan for compulsory vaccination (of certain groups) so that it can be enforced smoothly during the summer tourist season.

In the current resurgence of the virus, the only defence is vaccination and abiding by public health measures. Here, beyond the comprehensive plan of the government, individual responsibility plays a decisive role.

At the same time, democratically-minded parties have a responsibility as they are exponents of society, and so there is not the slightest room for divisiveness and civil war. One needs a political convergence right now that will reflect the maturity and co-responsibility of political foes.

Clearly, that does not do away with the major ideological and political differences between parties, but it is impermissible for them to leave room for the dangerous anti-vaccine current, even within the ranks of a certain party, as is the case in the main opposition.

Perhaps certain opposition politicians do not realise that the degree of seriousness in their stance today will have an impact on the entire political system in the near future.

TANEA Team 14 Ιουλίου 2021 | 16:57
Share
Δείτε επίσης
Περισσότερα άρθρα για Αγγλική έκδοση
European supervised drug consumption sites have been an inextricable part of drug treatment Editorial: The first step
The overturning of Roe v. Wade turns the clock back 50 years for American women. Editorial: Back and forth
Thymios' statement - “I no longer trust people.” – is a punch in the gut. Editorial: A punch in the gut
Editorial: Audits of politicians' wealth
Mario Draghi has a prominent position in the EU architecture Editorial: Alliance
After a certain point, the necessary caution is a matter of personal responsibility Editorial: COVID-19 and personal responsibility
Extremists still constitute a threat Editorial: Threat
A consciously responsible stance is needed Editorial: Maintaining COVID-19 alertness
The late PM Constantine Karamanlis famously said, 'We belong to the West' Editorial: Contradictions
The end of EU enhanced fiscal supervision signals the exit from the tunnel Editorial: Breakthroughs
Head of Greek Pomaks’ Association rips into Erdogan’s revisionist expansionism
All Greek governments since Andreas Papandreou's demanded the return of the Marbles Osborne: ‘Deal to be done’ on sharing Parthenon Marbles
All efforts toward a radical resolution of the refugee problem have failed Editorial: The end does not justify the means
France's centrist forces are rallying behind President Emmanuel Macron Editorial: The political centre
The Germans are returning, this time not to impose their will but to cooperate Editorial: Greece as a bridge between Western Balkans, EU