The ex-justice minister maintains that the last-minute approval of the Penal Code by Parliament in 2019 determined the timing of elections as they were postponed for one week to pass it into law. 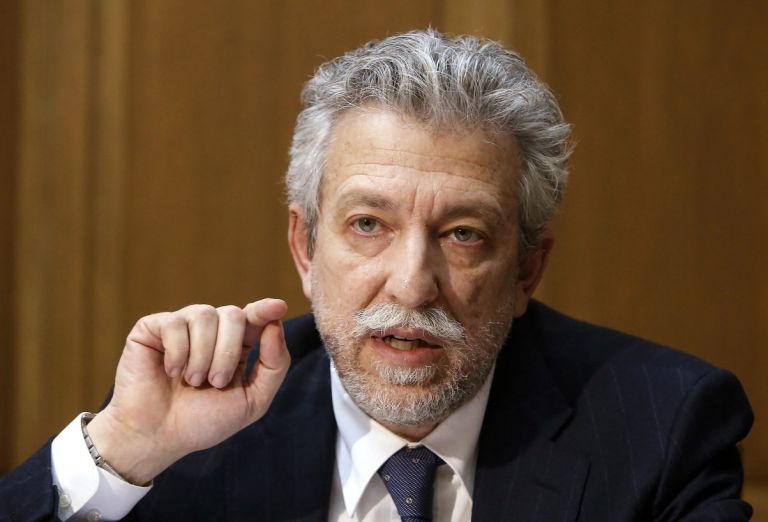 A former justice minister has declared publicly that the government of which he was a member deceitfully voted into law a new Penal Code right before the 2019 general election in order to benefit certain individuals who had been charged with bribe-taking, by making the crime a misdemeanour rather than a felony, as it was before, so that their cases would be closed quickly.

Indeed, he cited one particular case about which he is prepare to testify and detail all he knows. What is more, he maintains that the last-minute approval of the Penal Code by Parliament determined the timing of elections as after having declared elections the government decided to postpone them for one week in order to pass it into law.

That is how the new investigation into former minister Stavros Kontonis’ allegations was launched. His charges appear to be exceptionally serious and therefore there must be an in-depth judicial probe.

The allegations imply that there were close ties between the then ruling party and corrupt interests.

That is not only because Kontonis charges that such actions were “class-based”, but also because they suggest that the country’s first left-wing government had maintained dubious ties with oligarchs.

These allegations must be probed because the charge that a government hastily established a statute of limitations on a serious crime is a threat to the foundations of parliamentary democracy as they cast doubt on the integrity of its institutions.

We must not respond to these charges light-heartedly because they come from someone who was a key minister in the then left-wing government.

TANEA Team 15 Απριλίου 2021 | 22:04
Share
Δείτε επίσης
Περισσότερα άρθρα για Αγγλική έκδοση
There is a danger of the war being viewed as something normal Editorial: Taking measures
Athens' objective was to avert concessions that might affect Greek interests Greece, Turkey declare their satisfaction with results of NATO summit
What is at stake is the strategic depth of the Alliance Editorial: A crucial NATO summit
European supervised drug consumption sites have been an inextricable part of drug treatment Editorial: The first step
The overturning of Roe v. Wade turns the clock back 50 years for American women. Editorial: Back and forth
Thymios' statement - “I no longer trust people.” – is a punch in the gut. Editorial: A punch in the gut
Editorial: Audits of politicians' wealth
Mario Draghi has a prominent position in the EU architecture Editorial: Alliance
After a certain point, the necessary caution is a matter of personal responsibility Editorial: COVID-19 and personal responsibility
Extremists still constitute a threat Editorial: Threat
A consciously responsible stance is needed Editorial: Maintaining COVID-19 alertness
The late PM Constantine Karamanlis famously said, 'We belong to the West' Editorial: Contradictions
The end of EU enhanced fiscal supervision signals the exit from the tunnel Editorial: Breakthroughs
Head of Greek Pomaks’ Association rips into Erdogan’s revisionist expansionism
All Greek governments since Andreas Papandreou's demanded the return of the Marbles Osborne: ‘Deal to be done’ on sharing Parthenon Marbles