Mitsotakis summoned his citizen’s protection minister, MIchalis Chrisohoidis, to ask him to expedite the investigation of journalist Yorgos Karaivaz's murder, that he said has shocked all of Greek society. 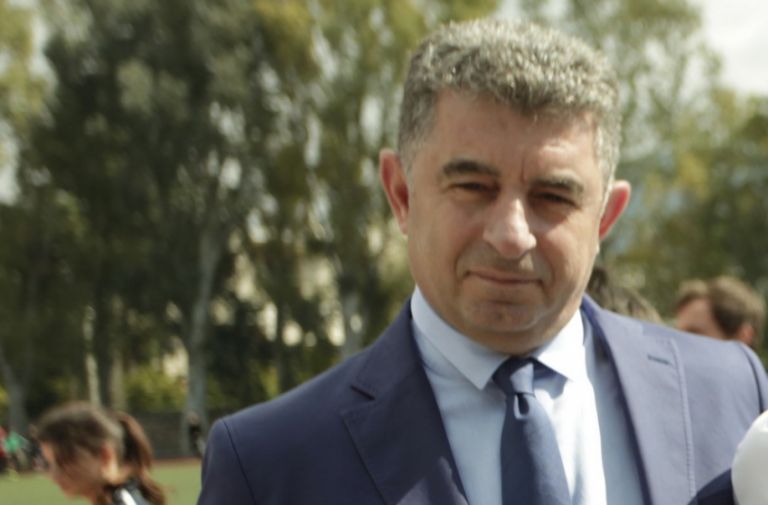 The first photograph released by Greek authorities of the hitmen who murdered police reporter Yorgos Karaivaz – made public two days after the murder - comes from a security camera near the place where he was shot dead.

One day later, Prime Minister Kyriakos Mitsotakis summoned his citizen’s protection minister, MIchalis Chrisohoidis, to ask him to expedite the investigation of a murder that he said has shocked all of Greek society.

The murder of the journalist has drawn intense international media attention.

The state appears to be moving swiftly to find the murderers of our unfortunate colleague and put them on trial.

It is crucial that the government’s determination not remain a rhetorical flourish.

The crime that was committed on Friday in a quiet neighbourhood of Athens must be solved quickly so that citizens in every neighbourhood around the country can rest assured that the culprits in such serious crimes cannot move among us freely.

The state must make it perfectly clear that no criminal will remain unpunished and that those who break the law will be swiftly put on trial.

It owes this both to the family of Yorgos Karaivaz and to citizens who demand the rule of law.

TANEA Team 12 Απριλίου 2021 | 23:03
Share
Δείτε επίσης
Περισσότερα άρθρα για Αγγλική έκδοση
If Syriza believes it can garner political gains with daily political transformations it is sorely mistaken Editorial: Political vertigo
Santander Consumer Finance begins activities in Greece
Evangelos Marinakis: Post-Covid Shipping and the Environment – Green Energy Investments
The US ambassador says Biden has “opened up a new vocabulary of cooperation” with Greece Pyatt see deeper US-Greece strategic ties under Biden administration
The case will be re-tried in the framework now set by the Council of State Bombshell Council of State ruling accepts state’s vaccine side-effect liability
May Day should be honoured with a single march each year Editorial: Unity
Transcending the collective crisis will require leadership and not troublemakers Editorial: Messages
After a six-month shutdown, workers in the restaurant business laid the tables Editorial: The first step
The government has repeatedly said that the existing framework is outdated Battle royal looms over government bill overhauling labour relations, limiting strike action
The labour trade union movement is an invaluable and irreplaceable weapon of workers An urgent need for the rebirth of the trade union movement
Editorial: The pendulum of American politics
The thirty-somethings rushed to be vaccinated for the sake of their families and their friends Editorial: Front-and-centre
The parliamentary vote on approval of the plan’s implementation is expected before Easter Editorial: Liquidity
Turkey is keenly aware of the fact that there is a new player on the geopolitical chessboard Editorial: A just act
Biden takes historic step to recognise Armenian Genocide