Prime Minister Kyriakos Mitsotakis and his cabinet yesterday reviewed the government’s National Recovery Plan that is about be submitted to the European Commission for approval. 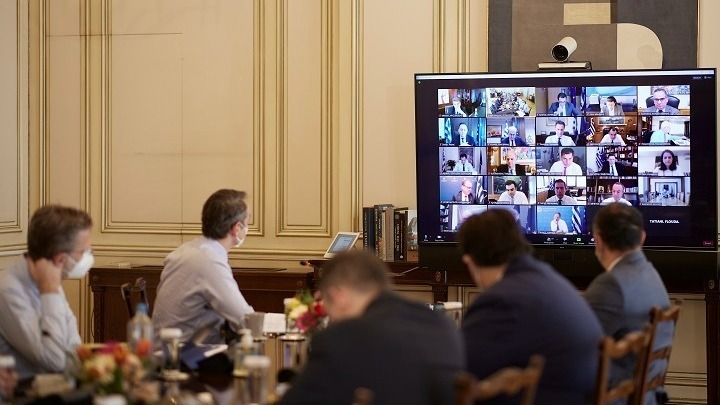 Prime Minister Kyriakos Mitsotakis and his cabinet yesterday reviewed the government’s National Recovery Plan that is about be submitted to the European Commission for approval so that Greece may receive its share – 32 billion euros – of EU Pandemic Recovery Fund monies.

It is an impressive amount, and not just because the Fund has been compared to the Marshall Plan.

We all agree – even opposition parties that are already attacking the government even before the plan has been submitted to Parliament – that these funds represent the last hope of the Greek economy to definitively transcend the successive crises that have bedeviled it since 2009.

Yet, the fund should not been viewed only as a last hope. It is a first class opportunity for the country to begin its third century of independence dynamically.

The first step appears to have been taken as this is the first time in recent history that Greece is drafting a reform programme and, what is more, is trumpeting its ownership of the plan.

The next, critical challenge is to implement the programme in the best possible manner.

If it is met that will not only improve public finance statistics. It will also bring about a much deeper change in our mentality.

One will have laid the foundations for building a truly modern state free from clientelism and bureaucratic dysfunctions.