Malicious Manzano: A «massacre» for Olympiacos in Velodrome

Unbelievable things in Velontrom, with referee Jesús Gil Manzano giving two penalties in favor of Marseille in 20 minutes (55 ‘, 75’), one worse than the other and the French team turning the game with Olympiacos from 0-1 at 2-1! 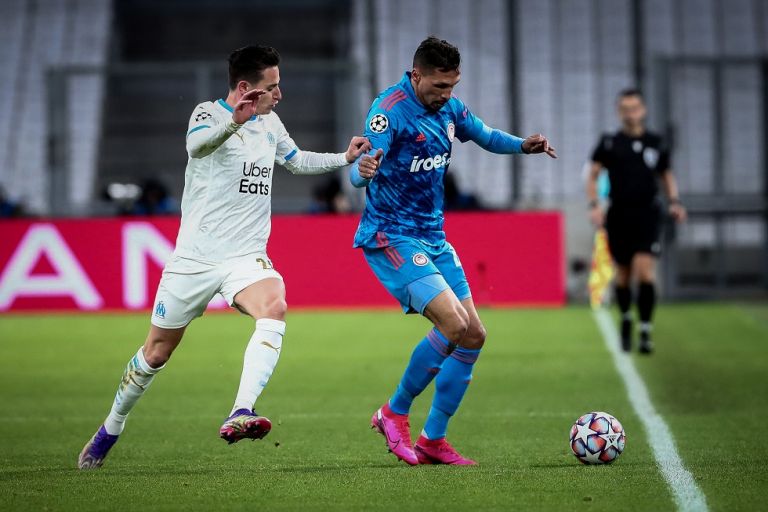 Unbelievable things in Velodrome , with referee Jesús Gil Manzano giving two penalties in favor of Marseille in 20 minutes (55 ‘, 75’), one worse than the other and the French team turning the game with Olympiacos from 0-1 at 2-1!

The Spaniard made a mess and with two penalties – a gift to the French team gave them the opportunity to bring the match upside down and take the lead in the score.

Incredible massacre of Olympiacos in France, which sees Manzano in «a dynstic way» stealing the lead from Olympiaco’s hands and giving a gift of two goals to Marseille.

It all started at 53 ‘. Manzano initially did not gave anything to Cisse’s marking on Thauvin and let the game evolve. Few seconds latter later, he though again, stopped the game and waited for the VAR to tell him what had happened. VAR did not see any penalty and Manzano decided to go to the monitor himself to see the phase.

Returning to the field, he showed the penalty spot. An incident which was never clarified, despite many replays, whether Cisse’s marking was inside or outside the area. Manzano in «a dynstic way» put Marseille back in the game, with the hosts equalizing at 1-1 with Payet.

In the 73rd minute, the Spanish referee made a mess… again. He initially gave foul on Rafinia outside the area of ​​Olympiacos and then changed his decision and showed the penalty spot… again. Second penalty in a few minutes for Marseille. A penalty that was really ridiculus decision, since the Brazilian back of Piraeus taem on the one hand has left the area of ​​Jose Sa, on the other hand there is no violation, since his hand is in a natural position!

TANEA Team 2 Δεκεμβρίου 2020 | 00:40
Share
Περισσότερα άρθρα για Αγγλική έκδοση
People want answers, persuasive plans, and arguments Editorial: Maturation
The pandemic and citizens’ fears regarding inflation have shocked households Metron Analysis poll: SYRIZA trails New Democracy, KINAL-PASOK skyrockets
It is imperative for the weapons programme to be implemented immediately Editorial: Arrivals
The charges of the victim garnered attention nationwide Editorial: Support
Greece is a peaceful Western country Editorial: Vigilance
Both SYRIZA and PASOK are in a transitional phase Editorial: Changes
Tsipras posts on the social media and frequently as possible Editorial: Obligations
Universities have become a sort of state within the state Editorial: Enough is enough!
Nobody for whatever reason has the right to beat a professor Editorial: Zero tolerance
The shift in America’s priorities should come as no surprise Editorial: Fluidity
We have the weapons, the experience, and obviously the collective will Editorial: Transcending the pandemic
How do you negotiate with Vladimir Putin? Editorial: Dilemma
Editorial: Phenomenon
Maintaining tensions does not contribute to dialogue or good neighbourly relations Editorial: Pragmatism in Greek-Turkish relations
The alarm bell of daily life is urgently ringing Editorial: Alarm bell