One month after the day that the island of Samos was hit by a very strong earthquake the residents of the island are still confronted with major problems caused by the 6.9 on the Richter scale temblor in their daily lives, 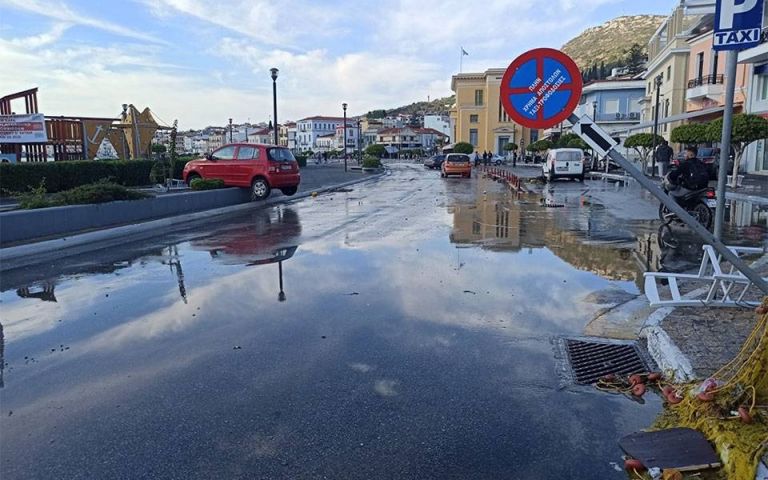 One month after the day that the island of Samos was hit by a very strong earthquake the residents of the island are still confronted with major problems caused by the 6.9 on the Richter scale temblor in their daily lives, an investigative report in Ta Nea reveals.

The numbers speak for themselves.

About 400 people are still living in containers or hotels and 2,300 buildings upon initial inspection (there will be more) have been characterised as “yellow, which means that they have suffered serious damage but are inhabitable.

Thirteen schools remain closed because there is no available space to house them (thankfully lessons are conducted online just as everywhere else in Greece due to the lockdown), and the demolition of buildings that are at risk of collapsing is still pending.

If along with all that one takes into account the pre-existing pressures on residents caused by waves of migration on can plainly see that the situation is quite difficult.

Local officials are calling on the state not only to disburse the disaster funds that the government has promised but also to step up coordination.

These anxious cries raise a very serious question. Is the government checking to see whether its measures to handle natural disasters are being implemented?

Prime Minister Kyriakos Mitsotakis, when he visited Samos the day after the earthquake, made a personal commitment that state services – due to the unfortunate experience that they have with handling a large number of natural disasters nationwide - will record the damages and disburse disaster aid “much more swiftly than in the past”.

There is, therefore, a pressing need for the state to meet the standards for its operation that the PM has set.

If there is one thing that 2020 has taught us it is that crises never end and that consequently we must learn to live managing many at once.

TANEA Team 30 Νοεμβρίου 2020 | 23:03
Share
Δείτε επίσης
Περισσότερα άρθρα για Αγγλική έκδοση
People want answers, persuasive plans, and arguments Editorial: Maturation
The pandemic and citizens’ fears regarding inflation have shocked households Metron Analysis poll: SYRIZA trails New Democracy, KINAL-PASOK skyrockets
It is imperative for the weapons programme to be implemented immediately Editorial: Arrivals
The charges of the victim garnered attention nationwide Editorial: Support
Greece is a peaceful Western country Editorial: Vigilance
Both SYRIZA and PASOK are in a transitional phase Editorial: Changes
Tsipras posts on the social media and frequently as possible Editorial: Obligations
Universities have become a sort of state within the state Editorial: Enough is enough!
Nobody for whatever reason has the right to beat a professor Editorial: Zero tolerance
The shift in America’s priorities should come as no surprise Editorial: Fluidity
We have the weapons, the experience, and obviously the collective will Editorial: Transcending the pandemic
How do you negotiate with Vladimir Putin? Editorial: Dilemma
Editorial: Phenomenon
Maintaining tensions does not contribute to dialogue or good neighbourly relations Editorial: Pragmatism in Greek-Turkish relations
The alarm bell of daily life is urgently ringing Editorial: Alarm bell