It has been demonstrated that the government’s abolition of university asylum has not solved the existing problems. That requires the active cooperation of the university community. 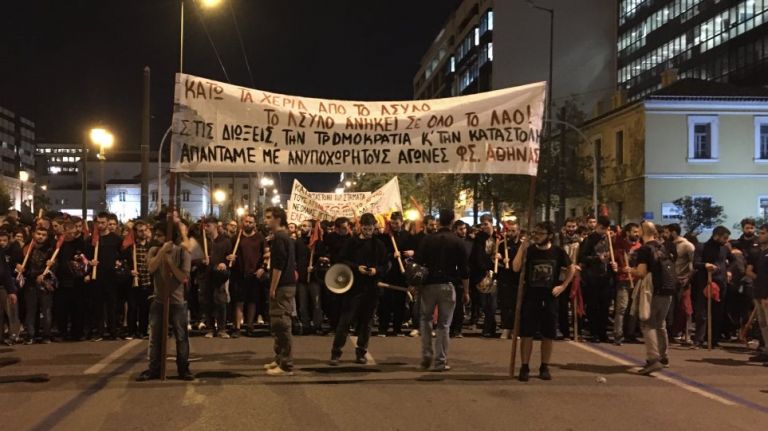 The measures that Prime Minister Kyriakos Mitsotakis and university rectors agreed to after the shocking and humiliating attack on the rector of Athens’ Economic University are necessary and should have been adopted earlier.

Universities must be guarded in some fashion. Not everyone should be allowed access to university buildings and the status of university student is not a license to vandalise property or to violently attack professors.

Yet there is a danger that after the shock of the most recent incident blows over one might witness a laxity in enforcing the new measures and a return to an exceptionally dangerous tacit toleration of the lawless acts that have been the bane of universities for years - until the next provocation, outcry, and “strict measures”.

In order to avert that danger and to definitively shut the door on fascistic behaviour it is not enough for the state to be decisive.

It has been demonstrated that the government’s abolition of university asylum has not solved the existing problems. That requires the active cooperation of the university community.

Freedom of expression should not include the declamation of manifestos by enraged members of student political factions at the assemblies of university faculties.

The freedom to be creative does not entail the operation of “self-managed hangouts” where black economy goods are hidden.

The freedom to disseminate applies to ideas and not the distribution of drugs and universities are not a refuge for anti-authority groups.

At the same time there must be reforms that will bolster meritocracy and combat the predominance of patronage while isolating those who want stagnant universities that are out of touch with the real world.

TANEA Team 4 Νοεμβρίου 2020 | 23:03
Share
Δείτε επίσης
Περισσότερα άρθρα για Αγγλική έκδοση
We have the weapons. We have fine scientists. We have the experience. We can. Editorial: Urgency
There were delays and tragic omissions in offering proper services to patients Positive Voice in a rough terrain: A look back at the history of HIV/AIDS in Greece
Greece has a multi-faceted policy in its foreign relations and that is how it should continue Editorial: Sobriety in foreign relations
We see irresponsible behaviours and an attitude that the virus is no longer with us Editorial: Behaviours
The virus recognises no geographical borders Editorial: Nobody is safe
Delays and foot-dragging have long led even to the denial of justice Editorial: Expediting justice
Erdogan’s insistence on keeping interest rates low led him to fire three central bankers Editorial: Turkey’s lonesomeness
Turkey traditionally exports its domestic crises Editorial: Turkey's domestic, foreign crises
Nobody has the right to deny their share of responsibility in the common effort Editorial: Joining forces to confront the pandemic
Of intubated patients, 83 percent are unvaccinated or partially vaccinated EODY: 105 COVID-19 deaths, 7,287 infections confirmed in the last 24 hours, 608 intubated
We must continue to insist that the state is obliged to be citizen-friendly Editorial: 'Guinness World Record'
Behind Lukashenko stands Putin, who backs and assists him Editorial: European sovereignty
The pandemic is an issue of life and death, and the protection of public health is a common aim Editorial: Consensus on managing the pandemic, even at the last minute
The measures announced are tantamount to an at least partial lockdown on the unvaccinated Mitsotakis announces partial lockdown on unvaccinated citizizens, tougher enforcement
Greece accuses Sanchez of ignoring EU decisions after agreement to sell aircraft carrier to Turkey