Editorial: Our European way of life

We are all French for reasons more important than bilateral relations or geopolitical games. We are all French above all because we share with the residents of Paris, Nice, and other French cities a common European way of life. 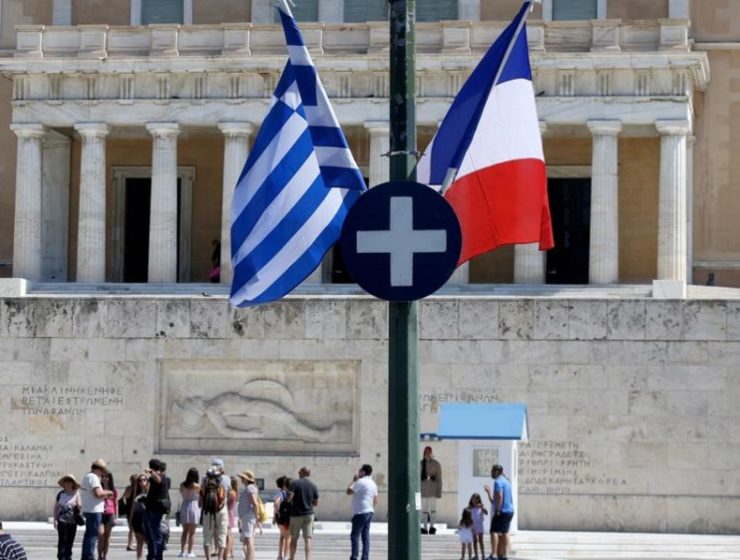 We are all French not simply because we support an ally or because we neighbour with a country led by a president who cultivates bigotry and is trying to pose as the leader of a religious war.

We are all French for reasons more important than bilateral relations or games on the chessboard of international relations.

We are all French above all because we share with the residents of Paris, Nice, and other French cities a common European way of life.

We are united by fundamental principles that were the foundation for the greatest political miracle after WWII, an unprecedented political construct that was to evolve into the European Union.

It is a Union of states which declare their constitutional faith in human dignity, freedom, democracy, equality, the rule of law, and human rights.

The devotion to these ideals as evidenced daily in practice is the greatest power of the EU and of its member-states individually.

It is for this reason that as many times as one may shout Allahu Akbar before a cold-blooded murder in Europe they will never be able to win the jihad that they have declared.

Neither Islamist terrorism nor any other form of terrorism will prevail within the borders of Europe.

The wounds that result from these attacks may be serious, but European history demonstrates that we have the strength to handle and transcend them thanks to our unswerving devotion to the values with which we are imbued.

We accomplish this with plain dialogue and not with knives or hate speech.

We are all French because we are all Europeans.

TANEA Team 30 Οκτωβρίου 2020 | 22:40
Share
Δείτε επίσης
Περισσότερα άρθρα για Αγγλική έκδοση
Mario Draghi has a prominent position in the EU architecture Editorial: Alliance
After a certain point, the necessary caution is a matter of personal responsibility Editorial: COVID-19 and personal responsibility
Extremists still constitute a threat Editorial: Threat
A consciously responsible stance is needed Editorial: Maintaining COVID-19 alertness
The late PM Constantine Karamanlis famously said, 'We belong to the West' Editorial: Contradictions
The end of EU enhanced fiscal supervision signals the exit from the tunnel Editorial: Breakthroughs
Head of Greek Pomaks’ Association rips into Erdogan’s revisionist expansionism
All Greek governments since Andreas Papandreou's demanded the return of the Marbles Osborne: ‘Deal to be done’ on sharing Parthenon Marbles
All efforts toward a radical resolution of the refugee problem have failed Editorial: The end does not justify the means
France's centrist forces are rallying behind President Emmanuel Macron Editorial: The political centre
The Germans are returning, this time not to impose their will but to cooperate Editorial: Greece as a bridge between Western Balkans, EU
The demographic crisis must be managed swiftly Editorial: Demographic crisis
There was a Jewish presence in Thessaloniki even in antiquity, and the Apostle Paul preached in its synagogue Leon Saltiel: Glimmers of hope in battling Greek antisemitism
Investment will also play a pivotal role Editorial: The dynamic of the Greek economy
Universities will be given more control over their affairs Editorial: Reforms must be implemented swiftly