With the election of Erdogan’s chosen candidate, Ersin Tatar, many believe that Ankara’s control over the occupied territories will be even tighter and more glaring. 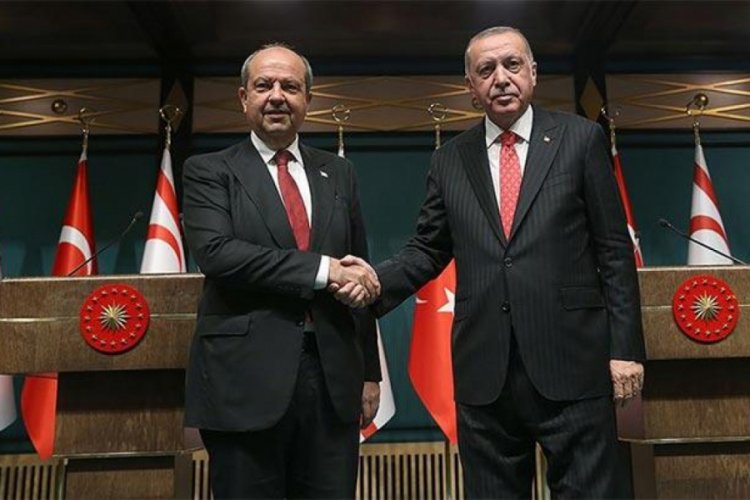 Cypriots knew for some time that Sunday’s run-off in the leadership race in the Turkish-occupied north would be crucial for the island’s future.

They knew the result would determine whether Turkish President Recep Tayyip Erdogan’s influence might be curbed somewhat if his chosen candidate were to lose.

They knew the outcome would be decisive as regards whether the two communities would have a greater say in shaping the future of the island on their own or whether the Turkish president would play an even more interventionist role.

The Greek-Cypriot side had put great stock in the prospect of reaching an understanding with the more moderate outgoing leader Mustafa Akinci due to his disputes with Ankara, but his defeat makes the situation considerably more complicated.

With the election of Erdogan’s chosen candidate, Ersin Tatar, many believe that Ankara’s control over the occupied territories will be even tighter and more glaring.

Those fears were confirmed when Tatar right after his election dismissed the prospect of a federation (the UN and the two sides had for decades held reunification talks on the basis of a bi-zonal, bi-communal federation) and declared his support for a two-state solution.

The new realities create an urgent need for Athens and Nicosia to cooperate closely and agree on careful moves for the day after in handling the Cyprus problem. The must carve out a decisive policy with new alliances, similar to the Cyprus-Greece-Egypt cooperation.

The European Commission yesterday called upon Tatar to begin a dialogue in a constructive manner and with a sense of urgency in order to reach a comprehensive settlement and reunification of the island.

Recent history has demonstrated, however, that in dealing with Erdogan such admonitions do not suffice.

The time has come for both Greece and Cyprus to adopt a multi-dimensional policy that can ensure their national interests.

TANEA Team 20 Οκτωβρίου 2020 | 22:58
Share
Δείτε επίσης
Περισσότερα άρθρα για Αγγλική έκδοση
The US ambassador says Biden has “opened up a new vocabulary of cooperation” with Greece Pyatt see deeper US-Greece strategic ties under Biden administration
The case will be re-tried in the framework now set by the Council of State Bombshell Council of State ruling accepts state’s vaccine side-effect liability
May Day should be honoured with a single march each year Editorial: Unity
Transcending the collective crisis will require leadership and not troublemakers Editorial: Messages
After a six-month shutdown, workers in the restaurant business laid the tables Editorial: The first step
The government has repeatedly said that the existing framework is outdated Battle royal looms over government bill overhauling labour relations, limiting strike action
The labour trade union movement is an invaluable and irreplaceable weapon of workers An urgent need for the rebirth of the trade union movement
Editorial: The pendulum of American politics
The thirty-somethings rushed to be vaccinated for the sake of their families and their friends Editorial: Front-and-centre
The parliamentary vote on approval of the plan’s implementation is expected before Easter Editorial: Liquidity
Turkey is keenly aware of the fact that there is a new player on the geopolitical chessboard Editorial: A just act
Biden takes historic step to recognise Armenian Genocide
National COVID-19 Committee spokesman explain public health decisions, planning for future
The EU Recovery Fund is enormously important and should not be viewed as routine aid or subsidies Editorial: A crucial green light from Germany
Editorial: A responsible Easter