Ζωή & Τέχνες Υγεία Γυναίκα Παιδί Πρόσωπα & Ιστορίες Συνεντεύξεις Auto Νέα Σκίτσα Info graphics Media Market
tanea.gr > Αγγλική έκδοση > Editorial: A crucial contest
It is no coincidence that these elections are described as the most important ever in the occupied territories

The issue to be decided in elections in Turkish-occupied Cyprus is whether dialogue and negotiations will proceed or whether Ankara’s provocative stance and the political fatigue of the Turkish-Cypriots will result in deeper impasses. 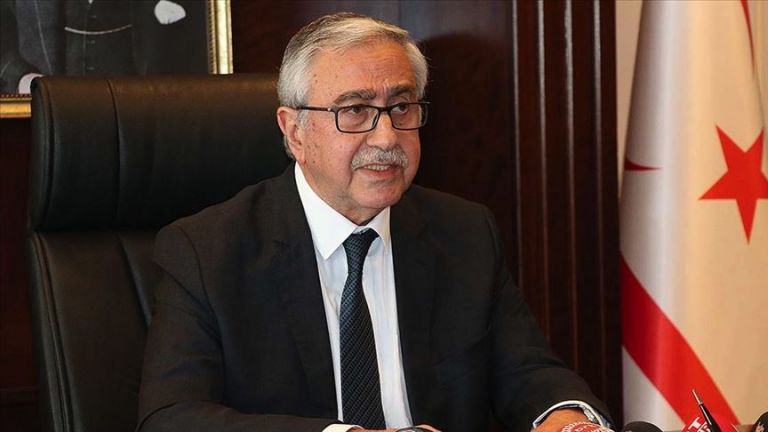 The first round of elections in Turkish-occupied Cyprus, which took place amidst the uproar over the decision to re-open the closed (since the 1974 Turjish invasion) ghost town of Varosha in the occupied area, was not a mere contest between the “president” (Mustafa Akinci, photo) and “prime minister” (Ersin Tatar).

It was a clash between two political lines regarding the resolution of the Cyprus problem.

The one is that of Tatar who wants to subjugate the occupation regime to the agenda of Ankara and Turkish President Recep Tayyip Erdogan.

The other is that of Akinci who wants the Turkish-Cypriots to control the northern part of the island and to exhaust all means in an effort to re-unite Cyprus.

It is therefore no coincidence that these elections have been described as the most important ever in the occupied territories.

Sunday’s run-off will to a large extent determine the future of Cyprus.

The issue to be decided is whether dialogue and negotiations will proceed or whether a combination of Ankara’s provocative stance and the political fatigue of the Turkish-Cypriots will result in deeper impasses and obliterate hopes for a solution.

The outcome of this election will have an impact beyond Cyprus and above all on the climate in Greek-Turkish relations.

It is important that the message of these elections be unifying and not advance a breakup.

That requires support for the moderate candidate, Akinci, who in recent days has received death threats.

The Republic of Cyprus has to date avoided taking a position. Perhaps this week would be a good time to do so.

TANEA Team 12 Οκτωβρίου 2020 | 22:31
Share
Δείτε επίσης
Περισσότερα άρθρα για Αγγλική έκδοση
There is a danger of the war being viewed as something normal Editorial: Taking measures
Athens' objective was to avert concessions that might affect Greek interests Greece, Turkey declare their satisfaction with results of NATO summit
What is at stake is the strategic depth of the Alliance Editorial: A crucial NATO summit
European supervised drug consumption sites have been an inextricable part of drug treatment Editorial: The first step
The overturning of Roe v. Wade turns the clock back 50 years for American women. Editorial: Back and forth
Thymios' statement - “I no longer trust people.” – is a punch in the gut. Editorial: A punch in the gut
Editorial: Audits of politicians' wealth
Mario Draghi has a prominent position in the EU architecture Editorial: Alliance
After a certain point, the necessary caution is a matter of personal responsibility Editorial: COVID-19 and personal responsibility
Extremists still constitute a threat Editorial: Threat
A consciously responsible stance is needed Editorial: Maintaining COVID-19 alertness
The late PM Constantine Karamanlis famously said, 'We belong to the West' Editorial: Contradictions
The end of EU enhanced fiscal supervision signals the exit from the tunnel Editorial: Breakthroughs
Head of Greek Pomaks’ Association rips into Erdogan’s revisionist expansionism
All Greek governments since Andreas Papandreou's demanded the return of the Marbles Osborne: ‘Deal to be done’ on sharing Parthenon Marbles