The trial of Golden Dawn lasted five-and-a-half years and that was in order to safeguard judicial procedures and the rights of the defendants. 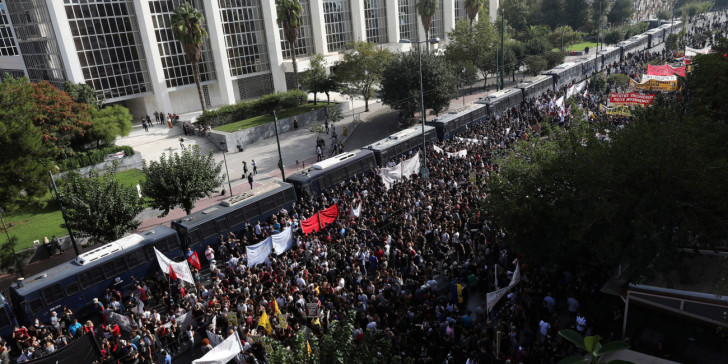 This is undoubtedly a historic day, a sort of Greek D-Day where D stands for democracy.

This is the day on which the Greek justice system will announce its verdict on a long list of crimes with which Golden Dawn has been charged, topped by the gruesome murder of anti-fascist rapper Pavlos Fyssas seven years ago.

Democracy allows even its enemies to speak out and be heard as was demonstrated by Golden Dawn’s entry into Parliament.

In the name of liberty democracy even allows calls for its dissolution, but it does not tolerate violations of the law.

It harshly punishes those who exploit the values of free societies and seep into its fissures in an effort to impose their repugnant ideology.

The trial of Golden Dawn lasted five-and-a-half years and that was in order to safeguard judicial procedures and the rights of the defendants.

It was necessary to preclude even an inkling of prejudice or ulterior motives.

There was a pressing need for the truth to shine so that on appeal no mitigating circumstances can be taken into account.

The court’s message to society today and in the coming days is of decisive importance not only for the victims of those who reject democracy but also as a bulawark for our form of government and the rule of law.

The threats have not vanished, but democracy demonstrates that it is in a position to successful handle them.