The role of the main opposition party is obviously to check the government. But it bears a much greater weight if the party has adopted a mature stance on the political stage, has conducted a dialogue with society, and has recognised its own errors. 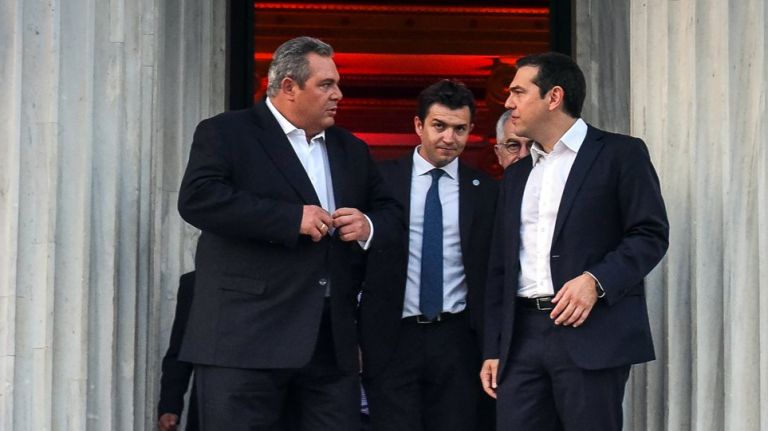 The chain of revelations that emerged in recent days regarding events during the previous Syriza-Independent Greeks ruling coalition demonstrate that there is nothing worse in politics than a glaring lack of self-criticism.

Ever since Syriza lost the July, 2019, elections it has appeared unable to adjust to its new role as main opposition party.

It appears unwilling to review its actions, errors, naïveté, and grand rhetoric while in power.

Doing so would be a sign of maturity and respect for institutions at a time when they are being severely tested and when politicians are struggling to regain the trust of citizens.

Yet, at the Koumoundourou Square headquarters of main opposition Syriza they appear to be barricading themselves behind invisible enemies and maintain falsely that they are ideologically and politically under siege.

The role of the main opposition party is obviously to check the government. But it bears a much greater weight if the party has adopted a mature stance on the political stage, has conducted a dialogue with society, and has recognised its own errors.

Otherwise the road of the main opposition will be rocky and it will trip on its own shoestrings. It will not be able to check the government or persuade the public.

Today, Syriza is building barricades to shield its sinful cadres.

Nothing could be more disastrous for both the party and the country’s central political stage.

TANEA Team 21 Ιουλίου 2020 | 19:43
Share
Δείτε επίσης
Περισσότερα άρθρα για Αγγλική έκδοση
Unhindered and without external influence, the judiciary must do its duty Editorial: The vindication of #MeToo
AHEPA honors Greek PM Mitsotakis, Cyprus President Anastasiades and shipowner Marinakis during awards ceremony
SΕΤΚΕ: 50% discount for accommodation of members of the Hellenic Nurses Association
Greek society does not want any more division Editorial: The bane of toxic politics
Olympic Games: Lefteris Petrounias is pursuing the first Olympic “repeat” in the still rings after 1972
Fire in Stamata, Rodopoli, and Dionysos: “We heard four gas canisters explode”
Educators will be hired to serve in permanent positions in order 'to establish new, upgraded schools' Editorial: Upgrading
Editorial: Feat
For long overdue town planning reform to succeed, we must all actively cooperate Editorial: We must not forget the Mati disaster
Editorial: The 'most complex' Games
Editorial: Proud
The first Mercure in Greece, opens its doors in Rhodes
Greek-Italian “tourism conflict”
In Turkish-occupied Cyprus, Erdogan unleashed an attack against Prime Minister Kyriakos Mitsotakis Editorial: Erdogan's provocations
'Kosova wants to build on the historic ties between our peoples ' Kosovo PM Albin Kurti: 'We would welcome a decision by Greece to recognise Kosovo’s independence'