'We have the revelations of the last days that the previous government attempted in a shady manner and with false invoices to fund the government-friendly media.' 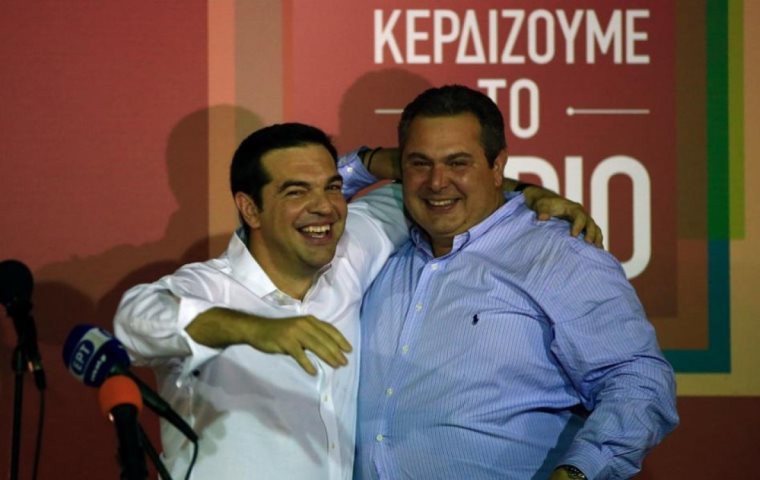 The approach of the Syriza-Independent Greeks government to the press was similar to its attitude toward institutions and independent authorities.

You are either with us or against us.

They had a dual objective: to neutralise the opposition press and to bolster those media that supported the government.

The first aim was not crowned with victory.

Despite the war that that was waged on it, the daily Ta Nea persisted and Mega Channel is again in full swing.

Those who were scorned in the collective conscience of the Greek people were those who were photographed with sarcastic smiles in a picture on the front-page of Ta Nea, the people who set up and tried to fix the state tender for television licenses, and those who in a frenzy brandished a copy of Ta Nea and decried the “sewerage channels”.

On the other hand we have the revelations of the last days that the previous government attempted in a shady manner and with false invoices to fund the government-friendly media.

The “White House” as they called the PM’s Maximos Mansion offices wanted to create at all costs a strong and ruthless propaganda machine in order to promote its interests, manufacture enemies, and cultivate polarisation.

Blinded by power the Syriza-Independent Greeks thought they could rule without constitutional checks.

They soon realised that the independent judiciary, free-thinking media, and the thinking public would not allow them to bring their plans to fruition.

Now they are paying the piper.