Political parties and education-related groups should allow the education reforms to be implemented and go forward. 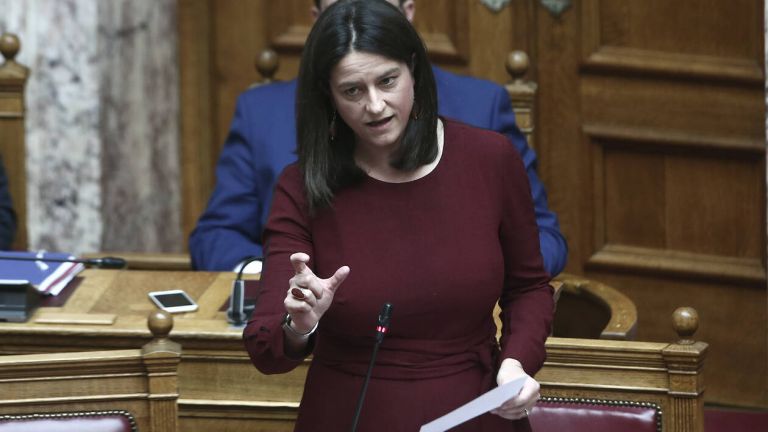 Upgrade is a fine word and at first blush no one would quarrel with the upgrading of Greece state schools, as long as successive governments do not use it to serve partisan objectives and as long as it does not unsettle students and parents.

The education ministry law passed by Parliament yesterday revives some of the victims of the fixations of the previous government such as teacher evaluations and the institution of Model-Experimental (specialised) Schools.

The law introduces certain innovative provisions such as the teaching of English beginning in nursery schools but also restores certain controversial practices of the past such as rating students’ conduct on diplomas.

It implements a reform that should not be followed by yet another reform by the next government because as the PM said in Parliament yesterday, “That which cannot change withers.”

On the other hand that which changes constantly is abolished.

That is especially so in the sensitive area of education where there is no room for partisanship or trade unionism.

The pandemic was a difficult test for students and teachers.

It shut down schools and universities for an extended period and pushed long-distance learning (which supplements but does not substitute) to the forefront.

It postponed the tabling of the bill in Parliament and rendered more difficult a related dialogue and public consultation.

Thus, now is the time to cease mutual recriminations.

Political parties and education-related groups should allow the reforms to be implemented and go forward.

Society has great expectations and further delay is impermissible.

«Παζλ» με πρωταγωνιστή τον Νίκο Παππά για να ελεγχθεί η χώρα
TANEA Team 11 Ιουνίου 2020 | 13:28
Share
Δείτε επίσης
Περισσότερα άρθρα για Αγγλική έκδοση
Britain’s Ocado sees retail sales soar 27% in lockdown half
Blinded by power the Syriza-Independent Greeks thought they could rule without constitutional checks Editorial: Paying the piper
German pig farmers suffer after abattoir’s closure
China braces for more rainstorms over weekend, climate change blamed
SYRIZA is battling to be the first party never to remove its head from the sand Editorial: Self-criticism
Democratic rule is not a given but it has strong antibodies and decades of experience Editorial: Judiciary
Dermitzakis sees task of National Council on Research, Technology and Innovation as key to economic recovery
Everything must come to light now! Editorial: Let everything come to light
Given the fact that Greece did very well in the first phase of the pandemic we can do it again now. Editorial: Restart