'That does not mean that the opposition should not do its job, which includes tabling an alternative governmental proposal as it is a shadow government.' 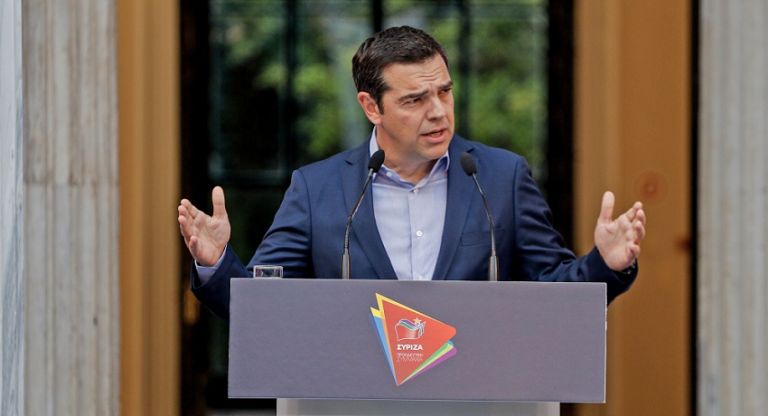 The programme unveiled yesterday by main opposition leader Alexis Tsipras entitled “We Remain Standing II” (the first being his social policy while in power) will be judged not only by its content but also its trustworthiness.

Certainly the opposition must judge and check the government.

At the same time it is judged by citizens and the media.

In a democracy no political force can be immune to criticism as democracy is a process of continual judging and checks on power in which the judges are also judged themselves.

That does not mean that the opposition should not do its job, which includes tabling an alternative governmental proposal as it is a shadow government.

It must always be ready when conditions require to assume power.

In that context the programme presented by Mr. Tsipras yesterday at Zappeion Hall in Athens is an exercise in readiness and an act that entails responsibilities to the Greek people.

The era of irresponsible opposition and cunning candidates is gone for good.

Today, the guide is not grand rhetoric but rather the interests of the country and the paramount aim of shielding it against any danger.

TANEA Team 26 Μαΐου 2020 | 23:03
Share
Δείτε επίσης
Περισσότερα άρθρα για Αγγλική έκδοση
Editorial: Opportunity
Angela Merkel – In Athens on October 28 and 29
If the pandemic is checked, we can hope for much better days Editorial: Turning point for Europe
Record-breaking over-subscription for CPLP bond issue
We have a duty to ensure for families a network of protection in our schools. Editorial: Maintaining balances
We have the power to leave behind this unprecedented crisis. Editorial: Exiting the pandemic
Mitsotakis – Sisi meeting – Emphasis on energy and defense
What Seismologist Lekkas says Strong earthquake 6.1 Richter off Karpathos
Editorial: Attention must be paid
The European Union’s internal market had completely eliminated internal borders Op-ed: Fortress Europe?
The letter stresses US support for Athens’ dialogue with its neighbours Blinken underlines US ‘respect for sovereignty and territorial integrity’ in letter to Mitsotakis
The strategic dialogue was launched in Washington in December, 2018 US-Greece strategic dialogue covers all levels of bilateral, regional, international cooperation
The main duty of the state is to protect the lives and property of citizens Editorial: Prevention
Cyprus to brief permanent members of UN Security Council on Turkey's moves to re-open Varosha
She is a bright example of a politician who fearlessly and boldly is confronting her new challenge Editorial: Fofi, stand strong!