Ζωή & Τέχνες Υγεία Γυναίκα Παιδί Πρόσωπα & Ιστορίες Συνεντεύξεις Auto Νέα Σκίτσα Info graphics Media Market
tanea.gr > Αγγλική έκδοση > Editorial: No exceptions to the rule
Who is to blame for the tragedy that Americans are experiencing today? Others are, of course.

Editorial: No exceptions to the rule

It is perfectly clear that the only thing Mr. Trump has on his mind is November’s presidential election and his political survival. 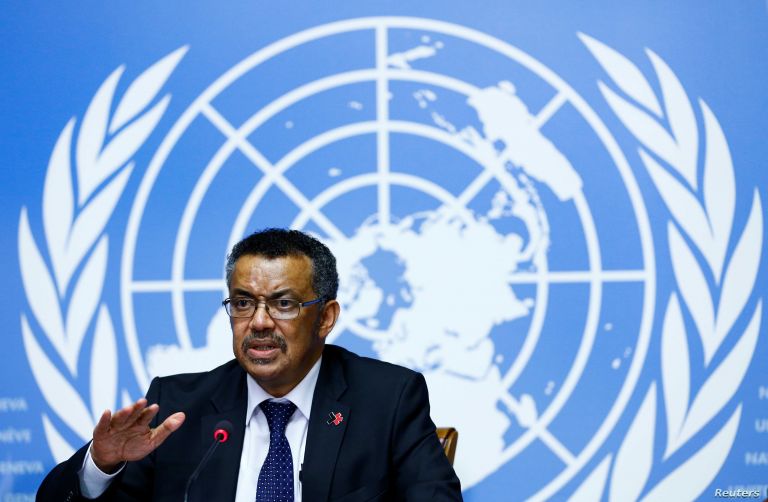 The decision of US President Donald Trumo to cut off funding to the World Health Organisation reminds us yet again of the grave dangers of populism.

His motivations are painfully obvious and transparent.

To escape his responsibility for the poor management of the pandemic he has decided to blame this crucial international organisation.

Who is to blame for the tragedy that Americans are experiencing today? Others are, of course.

The problem, however, far transcends the borders of America and of politics in the narrow sense.

It is perfectly clear that the only thing Mr. Trump has on his mind is November’s presidential election and his political survival.

Yet that is an issue that concerns US citizens. They will judge why he downplayed the threat, shifting the blame to “foreigners” and now going as far as to downgrade the WHO.

What is of concern to the entire world, however, is the situation that will be faced by an organisation that is necessary not only in the battle against the current pandemic but also in order to effectively manage any future threat that can imperil public health globally.

The world will become more vulnerable without vehicles that can guide global forces in a joint effort.

As everyone has by now understood, there are no exceptions to this rule, not even the President of the United States.

TANEA Team 16 Απριλίου 2020 | 15:20
Share
Δείτε επίσης
Περισσότερα άρθρα για Αγγλική έκδοση
Mitsotakis-Biden talks: Greek-Turkish relations, the war in Ukraine, wayward Turkey’s new role in NATO
It is not in Greece’s interest for Turkey to be isolated or humiliated Editorial: Opportunity
The Marshall Plan prioritised rebuilding export capacity How should a Marshall Plan for Ukraine work?
Drop in COVID-19 deaths - number of infections, intubated patients stable, hospital admissions rise
Policing of universities is an unpleasant but necessary measure Editorial: No excuse
A strict price inspections policy is needed to curb untrammelled price hikes Editorial: Dealing with inflation
Editorial: Axes
Ta Nea has repeatedly called for decisive action Editorial: University police force plan on the back burner
Everything depends on how the social media are used Editorial: Words
SYRIZA’s gains in 2012 were a Pyrrhic victory. Editorial: Populism
There will be a 600 euro cap on the rebate Amidst uproar over skyrocketing energy costs, Mitsotakis announces rebates for households
This is the 12th anniversary of the deadly arson attack Editorial: Radio silence
Many cases involving extremely serious crimes have not been tried Editorial: A bitter political legacy
EODY has recorded a total of 3.34mn COVID-19 infections EODY: 32 COVID-related deaths, over 8,000 infections, 660 reinfections, 231 intubated patients
The Patriarch of Moscow has “blessed” Putin's war Op-Ed: The Ukrainian Church of shelters and catacombs, the geopolitics of Eastern Orthodoxy