Editorial: The return of politics

Germany, has begun to shed its fears from the past and that it is no longer bedeviled by the spectre of inflation and by the memory of the Weimar Republic – that it understands the concerns and challenges with which the contemporary world is confronted. 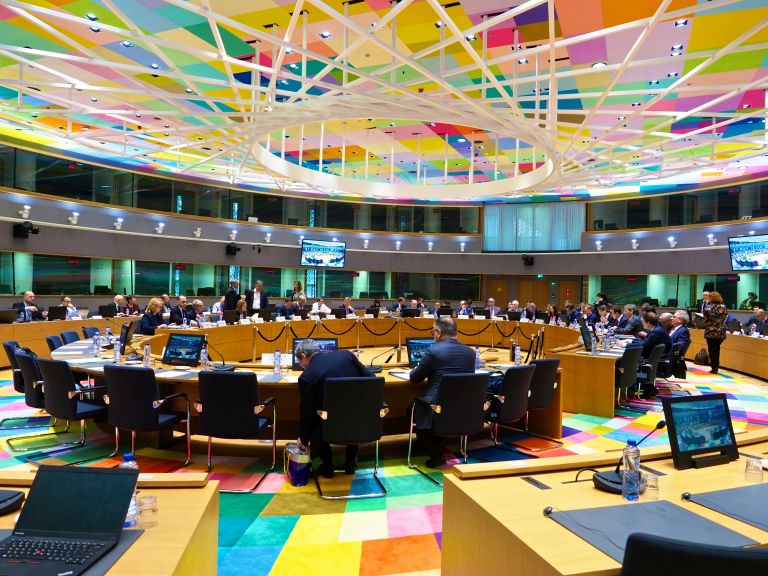 One need not adopt the harsh phraseology in the German press criticism of Berlin’s stance in handling the coronavirus crisis – “lacking in solidarity”, “mean-spirited”, and “cowardly” – to point out the self-evident.

It is obvious that the European economy, which is comprised of all of the Union’s national economies, will need to be bolstered.

It will need solidarity, generosity, and courage for the EU’s economy not to be shaken irrevocably by the health crisis.

Tomorrow’s Eurogroup meeting is from that perspective very important.

One hopes to see the first indications that the locomotive of Europe, Germany, has begun to shed its fears from the past and that it is no longer bedeviled by the spectre of inflation and by the memory of the Weimar Republic – that it understands the concerns and challenges with which the contemporary world is confronted.

No one should be unfair to anyone. It is not easy at difficult moments to be magnanimous. Yet it is at such times that generosity characterises great leadership, as did the perceptiveness and moral leadership of Chancellor Angela Merkel during the refugee crisis of 2015.

That is why tomorrow’s Eurogroup will not be merely a gathering of technocrats in which numbers will predominate.

It will be deeply political because even though  it was economics that united Europe it was politics that carved out its future path.

TANEA Team 6 Απριλίου 2020 | 14:10
Share
Δείτε επίσης
Περισσότερα άρθρα για Αγγλική έκδοση
Mitsotakis-Biden talks: Greek-Turkish relations, the war in Ukraine, wayward Turkey’s new role in NATO
It is not in Greece’s interest for Turkey to be isolated or humiliated Editorial: Opportunity
The Marshall Plan prioritised rebuilding export capacity How should a Marshall Plan for Ukraine work?
Drop in COVID-19 deaths - number of infections, intubated patients stable, hospital admissions rise
Policing of universities is an unpleasant but necessary measure Editorial: No excuse
A strict price inspections policy is needed to curb untrammelled price hikes Editorial: Dealing with inflation
Editorial: Axes
Ta Nea has repeatedly called for decisive action Editorial: University police force plan on the back burner
Everything depends on how the social media are used Editorial: Words
SYRIZA’s gains in 2012 were a Pyrrhic victory. Editorial: Populism
There will be a 600 euro cap on the rebate Amidst uproar over skyrocketing energy costs, Mitsotakis announces rebates for households
This is the 12th anniversary of the deadly arson attack Editorial: Radio silence
Many cases involving extremely serious crimes have not been tried Editorial: A bitter political legacy
EODY has recorded a total of 3.34mn COVID-19 infections EODY: 32 COVID-related deaths, over 8,000 infections, 660 reinfections, 231 intubated patients
The Patriarch of Moscow has “blessed” Putin's war Op-Ed: The Ukrainian Church of shelters and catacombs, the geopolitics of Eastern Orthodoxy